GameStop, meme stocks and the potential implications of retail trading for the legal sector

‘Retail trading’ is a term used to refer to individual traders as opposed to institutional investors (such as pension funds, mutual funds, etc.). The actions of individuals on the stock market, often coordinated through social media platforms such as Reddit, have triggered dramatic shifts in companies’ fortunes and drawn the ire of commentators.

Controversial trends like this will lead to various forms of litigation, as Vikram Khasriya explains.

The rise of retail trading

The emergence of Robinhood (US-based) and Trading 212 (UK and EU-based) provide a stark illustration of the growth in retail trading. Both companies are ‘broker-dealers’ with direct access to stock exchanges such as the London Stock Exchange (LSE) and the New York Stock Exchange (NYSE), whose role is to execute trades on behalf of individual investors.

Both companies offer similar incentives to their customers: commission-free trading (no fee charged when buying or selling) and the ability to trade in fractional shares (the ability to buy or sell a fraction of a single share). For many individual investors, particularly those of the younger generation, a significant barrier to investing is the associated costs. Both these features significantly mitigate this barrier as customers can trade using tiny sums of money. Indeed, Robinhood specifically geared its marketing towards the ‘little guy’ and Gen Z (Robin Hood famously robbed the rich to feed the poor).

Robinhood launched its app in March 2015, and an estimated 500,000 people joined the platform within its first year of operation. By 2020, an estimated 13 million users had signed up, with an average account size of $3,500.  Compared to the average account size of competitors such as TD Ameritrade ($110,000), this demonstrates that Robinhood users are typically less wealthy and more likely to be newer investors with less experience.

The company generates the majority of its income from ‘payments for order flow’ (PFOF), a practice whereby Robinhood passes its clients’ orders to market makers who execute them. Market makers are legally bound to provide the best possible ‘quality of execution’ for each trade, but not to provide the best possible price. By executing trades at prices that are profitable for them but may not be in the trader’s best interests, market makers profit by earning some of the difference between the bid-offer spread. They then pay a small part of that profit in the form of rebates, PFOF, to the retail broker who sent them the orders (frequently called “flow”).

Clashes between institutional and retail investors have drawn the attention of mainstream media and political leaders. The most famous example was the recent activity surrounding the stock of GameStop Corp (stock ticker: GME), initiated by a group of posters on the ‘WallStreetBets’ page of social media platform Reddit.

‘Short-sellers’ borrow shares of an asset that they believe will drop in price in order to buy them after they fall. If they are right, they return the shares and pocket the difference between the price when they initiated the short and the sale price. If they are wrong, they are forced to buy at a higher price and pay the difference between the price they set and its sale price.

A successful short sale trade plays out like this:

A short seller’s strategy can be upended by a positive news story, a product announcement, a positive earnings report, etc., which forces the price of the shares higher. The short seller, unlike a purchaser, can face runaway losses as the price goes ever higher, whereas a purchaser can only ever lose their total investment.

GameStop is an American video game, consumer electronics, and gaming merchandise retailer. The company’s performance has been on the decline over the last decade due to a shift in the way video games are sold.

Posters on the WallStreetBets group identified in July 2020 that 87% of all GME shares were short (at one point, this was 139.57% of the total issued shares). Several large institutional investors, including hedge funds such as Citron Capital, Melvin Capital, D1 Capital Partners, Maplelane Capital and Candlestick Capital Management held short positions in GME.

In early 2021, more and more people began buying GME shares in an attempt to force the share price high enough to start a short squeeze. This was a risky move: if you cannot trigger the squeeze, the shares are likely to fall back, and you will lose a significant amount of your investment. The WallStreetBets group would label this as YOLOing (YOLO = You Only Live Once), risking savings on a highly risky bet to trigger a short squeeze. Many referred to investments in GameStop and other shorted companies as ‘meme stocks’.

The WallStreetBets group was successful, and the share price increase caused hedge funds to abandon their short positions by buying GME shares (at the higher price) to give back to their lenders. This had the knock-on effect of further increasing the share price. Between 12 and 27 January 2021, GME’s share price rose from $19.95 to $347.51, a 1,742% increase. By 26 January 2021, GME was the single most traded stock in the US stock market, outstripping volumes for Apple, Amazon, Tesla and Microsoft.

An article published by Market Insider on 28 January 2021 reported that hedge funds holding short positions in GME had lost around $5bn on their short positions. In late January, Citadel and Point 72 provided a $2.75bn infusion of capital (some would label this a bailout) into Melvin Capital following Melvin’s losses from the GME short squeeze.

On 28 January, Robinhood posted a blog saying it was limiting users by preventing them from buying stocks in several companies such as GME, AMC and Nokia. It cited “market volatility” as its reasoning. It would only allow customers to sell their shares of these companies, not buy or trade them in any other way.

Platforms such as Trading 212, CashApp and TD Ameritrade quickly followed suit. Perhaps even more controversially, such platforms seemed to start selling investor shares without seeking permission. This caused outrage among retail investors who pointed out that while they were effectively stopped from buying further GME shares, hedge funds and other investors were able to continue to trade as normal. Robinhood claims that the forced sell-offs of shares were only related to stock bought with borrowed money or to the execution of stock options, which are contracts to buy or sell shares. It is not unusual for brokers to automatically liquidate such shares if an account falls below minimum balance requirements. On Robinhood, users need an account balance of at least $2,000 to trade on margin.

The net effect of these restrictions was to cause the price of GME to fall (closing at $53.50 on 4 February 2021) and potentially limit further losses to investors holding short positions.

This caused enough of a stir that prominent United States politicians took notice. Leading figures from both sides of the aisle, including Ted Cruz and Alexandria Ocasio-Cortez, agreed that investigations should be launched into retail investors being blocked from purchasing stock while hedge funds remained able to do so.

What are the possible outcomes for the legal sector?

Whenever new ground is trodden in the financial sector, legal actions inevitably follow.

In regard to the GME short squeeze specifically, Robinhood is currently facing over 30 US class action lawsuits. A complaint filed in California names all the major stock trading platforms and pursues several different causes of action, including:

“Defendants and their co-conspirators conspired to prevent the Retail investors from buying further stock in order to mitigate the Fund Defendants’ exposure in their short positions. By forcing the Retail Investors to sell their Relevant Securities at lower prices than they otherwise would have, Defendants artificially reduced the value of the Relevant Securities that Retail Investors either sold or held on to.”

There are doubts as to the strength of these claims as Robinhood’s customer agreement says it has the power to stop stock buys without any prior notice, but they will be interesting from a broader perspective. England could see similar claims against platforms such as Trading 212, though a similar clause exists in Trading 212’s user agreement allowing the platform to stop stock buys without prior notice.

In February 2021, Robinhood was sued for wrongful death by the family of Alex Kearns, who committed suicide in June 2020 after thinking he had a negative $730,165 cash balance on Robinhood. The complaint lodged “centres on Robinhood’s aggressive tactics and strategy to lure inexperienced and unsophisticated investors to take big risks with the lure of tantalising profits”.

During the Covid-19 pandemic, many new investors signed up to these platforms and Robinhood has been criticised for the ‘gamification’ of investing to lure less experienced investors and encourage them to trade rather than invest, especially with regards to trading leveraged products such as shares on margin, options and CFDs.

In December 2020, the Massachusetts securities regulators filed a complaint against Robinhood alleging that it aggressively marketed to novice investors and failed to put controls in place to protect them, thereby “falling far short of their fiduciary standard”. A Bloomberg article said: “Critics contend the app encourages users to experiment with financial instruments and risks they may not fully understand. Trades can be placed with a quick swipe and may be heralded with a burst of virtual confetti.”

This follows a charge by the Securities and Exchange Commission on 17 December 2020, declaring that Robinhood made “repeated misstatements that failed to disclose the firm’s receipt of payments from trading firms for routing customer orders to them”. The company also “failed to satisfy its duty to seek the best reasonably available terms to execute customer orders.” Robinhood agreed to pay $65m to settle the charges.

It is clear there has been rapid growth in retail trading. This rapid growth seems to have outstripped existing regulations, leading to some interesting legal situations

The United States has taken the lead on engaging with platforms such as Robinhood, but we may see similar developments in the United Kingdom and elsewhere in the near future.

You can find further information regarding our expertise, experience and team on our Fraud, Cybersecurity and Incident Response and Commercial Litigation pages. 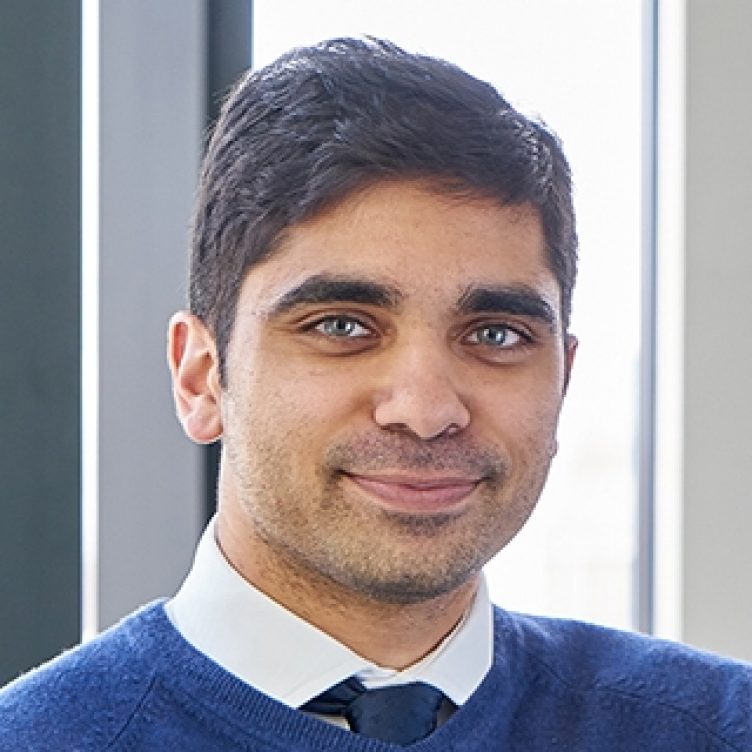 Implications of crypto-assets for the litigation sphere – Disruption, disintermediation and disputes

Predicting the unpredictable: financial services litigation trends in the 2020s

What next for climate litigation after ClientEarth’s shareholder action against Shell?