The whistleblowing regime and its likely impact 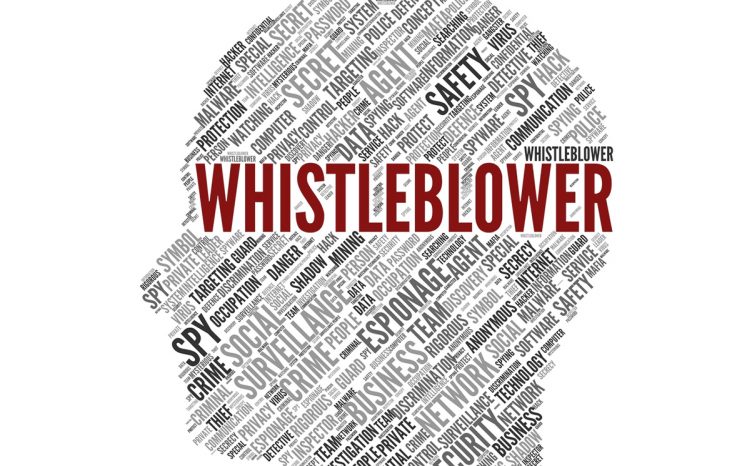 Could the regulations be creeping up on you and your firm?

One year after the Senior Managers Regime, introduced by the Financial Conduct Authority (FCA) and Prudential Regulation Authority (PRA), came into force on 7 March 2016, and six months after the whistleblowing provisions were brought in on 7 September, one could be forgiven for thinking all has gone quiet, and not much has changed. However, with the aim of the regime being to improve individual and corporate responsibility and accountability, there is a danger that complacency could creep in.

A big issue for many financial services firms is a sense of false comfort that the rules don’t apply to them. It is true that the new rules currently only apply to a relatively small number of companies: UK deposit-takers (ie banks, building societies and credit unions) with assets of £250m or greater; PRA-designated investment firms; and insurance and reinsurance firms within the scope of Solvency II and the Society of Lloyd’s and managing agents. However, the FCA has announced that it intends to roll out the regime to the entire financial services industry by 2018, which could include extending the application of the rules to overseas banks and other regulated firms such as mortgage brokers, insurance brokers, consumer credit brokers and investment managers. Financial services companies should follow the impact and trends of the new regime over the coming months, and put in place suitable procedures and processes to give themselves the best protection.

The impact of these new rules has been the subject of much hypothesis. However, earlier this month Mark Steward, director of enforcement at the FCA, said in a speech that because the Senior Managers Regime has realigned focus on individual responsibility at a senior level within firms, there could be less of a focus on large-scale fines against companies.

There is a suspicion that, in reality, the fines that some of the large institutions have incurred historically were insufficient to deter them adequately from malpractice. In respect of a £500m fine that one large institution was recently handed, Robert Barrington, executive director at Transparency International UK, referred to the amount being ‘tiny’ and said the critical issue was that the individuals had not been held to account. Putting greater focus on the individuals will add a greater layer of responsibility that should see a reduction in any such malpractice.

However, Steward also anticipates that there may be an increase in litigation in those instances when senior managers are fined. He said: “We don’t expect senior managers to agree so readily to pay high fines to resolve cases… we expect there will be more contest and more litigation.”

The important point for businesses is that it is essential that your senior managers are familiar with the rules and the impact they will have on their roles to best avoid disputes. Steward may be right that there will be an increase in litigation, and this is obviously something that business, in line with their senior managers, should work to avoid as far as possible by providing clear guidance and support as necessary.

Despite the FCA announcing the new rules in 2015, research suggests that the number of whistleblowing cases reported to the FCA fell by 19 per cent last year. It seems a paradox that a tougher and higher-profile whistleblowing regime has been followed by this large drop. It may be down to the enormous scrutiny of financial services firms since the financial crisis has led to a significant improvement in practices and behaviours. Others would argue that there are still insufficient incentives and protections for individuals who may wish to report poor behaviours. Or it could be that individuals have reputational and career concerns about blowing the whistle and becoming what they might regard as the ‘bad egg’.

As more firms come within the scope of the new regime, and as safeguards for whistleblowers become more entrenched and well understood, it would be prudent to expect the numbers to rise again. HR professionals in companies either already included within the Senior Managers Regime, or those that will be drawn in as it expands in scope, should ensure they have reviewed internal processes to ensure poor behaviours are flagged and addressed to mitigate the need for matters to escalate. Otherwise, there is a significant risk of time-consuming, reputation-damaging and expensive enforcement action.

What does the Home Office bullying case tell us about workplace bullying?

Webinar recording: Challenges that Lie Ahead for UK Employers in 2021

What does the Uber decision mean for the gig economy?