The Ministry of Justice (MoJ) Call for Evidence on Dispute Resolution in England and Wales sought views on how civil, family and administrative disputes could be better resolved outside the court system. Contributions were provided by 193 respondents, and the MoJ published a Summary of Responses in March 2022, which will inform and influence the development of policy in this area. Carla Ditz and Ronak Mahdavi Jovainy outline some of the key points.

Respondents to the Call to Evidence included members of the judiciary and legal profession (including Stewarts), mediators and other dispute resolution practitioners, academics, the advice sector and court users.

With pre-action protocols highlighting the need to consider dispute resolution and treat litigation as a last resort, it is essential to understand the key barriers to engagement and find methods to improve uptake throughout the litigation process.

1. Drivers of engagement and settlement

The consultation found that the emotional state of the parties, particularly in family disputes, was a key factor impacting engagement with dispute resolution, having a knock-on effect on the number of settlements achieved. Some respondents noted that where disputes involved children, parents are more likely to engage with dispute resolution options such as mediation to protect the child’s best interests.

There are misconceptions that engagement with dispute resolution in family disputes is an attempt to put relationships or marriages back together, as opposed to resolving disputes. The report noted that parties frequently perceive mediation as merely a “hurdle to jump” before a court application can be made.

The conclusion drawn is that such a perception “prevents the parties’ viewing the process as a serious route to a sustainable solution”. Such misconceptions are likely attributable to the lack of publicly accessible information on alternative methods of dispute resolution. Respondents called for more information to be made available to combat such misconceptions.

Practitioners should consider informing their clients at an early stage about the benefits of dispute resolution, including flexibility in the resolution reached, greater control of the overall process, potential costs savings compared to lengthy litigation and the high success rates. Doing so reduces the risk of an adverse costs order for failure to engage in dispute resolution. Parties are more likely to be amenable to dispute resolution if the information is provided in the early stages of proceedings.

Respondents questioned the efficiency of the existing pre-court initiatives to engage with dispute resolution. For example, in family disputes, there is no requirement for both parties to attend a Mandatory Information and Assessment Meeting (MIAM). Respondents expressed a wish for this to be updated and enforced more robustly by the court, with reduced exemption criteria. Strengthening the dispute resolution provisions in pre-action protocols was also recommended.

Insofar as financial factors are concerned, financial incentives to explore dispute resolution alternatives such as the family mediation voucher scheme have had a positive impact and resulted in an uptake in mediation. However, the report also found that in low-value claims, the price of dispute resolution may be more (and disproportionately) expensive and act as a barrier to engaging with dispute resolution.

Stewarts and other respondents acknowledged that dispute resolution is not appropriate for all cases, for example, where there are safeguarding concerns due to allegations of abuse. Respondents also raised that a more holistic approach to family disputes was needed, and dispute resolution would be enhanced if there was an element of integration with other support services. Legal professionals would be required to have access to training and information on the range of potential services so that targeted support at an early stage could be recommended.

When considering quality and outcomes, respondents provided their views on whether dispute resolution should be made compulsory. The responses were generally mixed in this regard. Those in favour argued that the only way to increase engagement with dispute resolution and improve how it is perceived is to enforce a systematic reform. Systematic reform was perceived to be the only means of achieving a meaningful culture change.

A common theme across jurisdictions was the importance of providing more creative and flexible solutions by engaging with a non-court-based process. Parties being empowered to create their own resolutions and take ownership of the outcomes increases the likelihood of compliance. A likely corollary of this is the preservation of relationships and enhanced communication. In relation to family disputes and child arrangements, it was argued that the outcomes produced by dispute resolution were more sustainable and reduced the likelihood of parties needing to revisit formal dispute resolution.

Respondents who were against compulsion (largely legal professionals, academia, and the advice sector) argued that dispute resolution is supposed to be voluntary. Forcing parties to participate in dispute resolution risks the process becoming a ‘tick-box’ exercise that parties do not genuinely engage with. They argue that parties would incur additional costs and spend further time trying to resolve their dispute as they would likely end up in court due to the lack of intention to settle using dispute resolution.

There is currently no single regulatory body or set of requirements for all dispute providers. Instead, many providers are self-regulated through membership of several bodies that set and review standards, issue codes of practice and provide training. Some respondents expressed a wish for a requirement for accreditation to practice to be implemented and for mandatory regulation of practitioners to take place to improve standards and accountability. However, respondents in the legal sector were largely content with dispute resolution providers and believed the market is efficiently self-regulating, particularly as many dispute resolution providers are legal professionals.

The Covid-19 pandemic has undoubtedly changed how we work, which is also reflected in dispute resolution. According to the Centre for Effective Dispute Resolution’s Ninth Biennial Mediation Audit, online mediation rose from 2% to 89% during the pandemic. Despite using online methods of dispute resolution, most respondents reported that their settlement rates remained the same.

Access to and take-up of dispute resolution is thought to have improved since moving to largely conducting these services online compared to in-person. One of the main drivers for online dispute resolution is the costs savings due to logistical benefits, including not having to travel or parties being able to attend from different locations. In family disputes, online methods of dispute resolution were also seen to improve engagement due to the physical distance providing disputants with a feeling of safety. Respondents also commented on how parties felt more at ease during online mediation due to being in their own familiar surroundings.

While online dispute resolution is largely supported, respondents raised concerns about whether practitioners would be able to pick up any intimidation or threats that would likely be easy to pick up in person. Due to the amount of online dispute resolution conducted over the pandemic, the general consensus is that practitioners can recognise intimidation and threats online, despite the loss of face-to-face contact.

Respondents also expressed concerns about digital exclusion. Not all disputants will have the same understanding of, or access to, technology. Other concerns that arose were lack of access to reliable internet and privacy, affecting disputants’ ability to participate comfortably in online dispute resolution. Whether online dispute resolution is the most appropriate method will largely depend upon the individual circumstances of the parties involved.

The future of dispute resolution

The outcome of this consultation and what happens next could, together with the anticipated reforms to pre-action conduct, fundamentally change the disputes landscape, not only for parties in dispute but disputes practitioners. The anticipated reforms in this area could lead to dispute resolution processes away from the courtroom forming a more integrated role in the pathway to justice. Both parties and practitioners will need to be aware of and make greater use of the full range of dispute resolution practices.

Since the release of the consultation response, it was announced on 3 June 2022 that an extra £5.4m in funding would be invested into the family mediation voucher scheme. This will provide an additional 10,200 vouchers to assist more families with resolving disputes outside of court. The announcement also revealed that research from the Family Mediation Council showed that 50% of participants would not have attempted mediation without the financial incentive offered by the scheme. This highlights the importance of financial incentives and how persuasive such schemes can be.

Timescales for further developments have not yet been provided. However, it is clear that greater reform, changes to practice and increased information are required to ensure disputes are resolved in a more timely and cost-effective manner and in the most appropriate forum for the dispute in question.

The summary of responses is available on the government website for anyone interested in reading the full report. 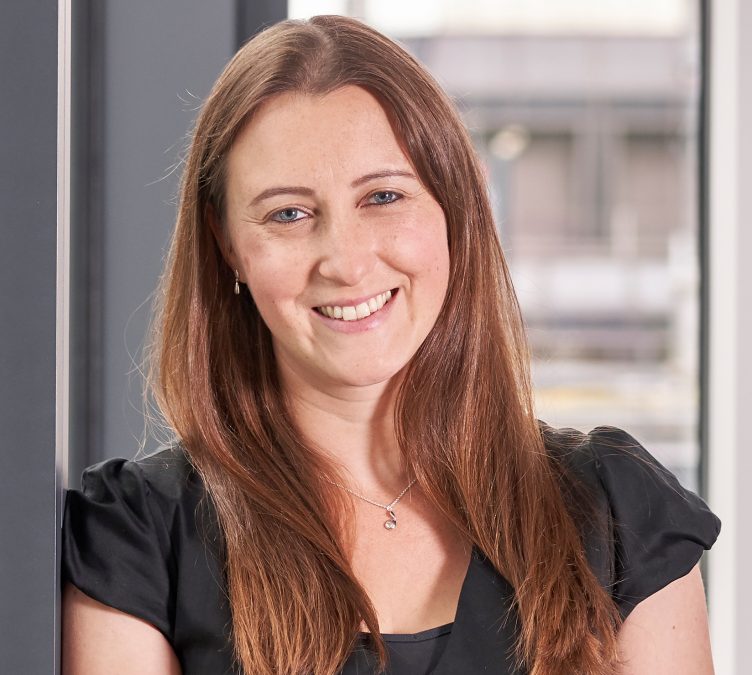 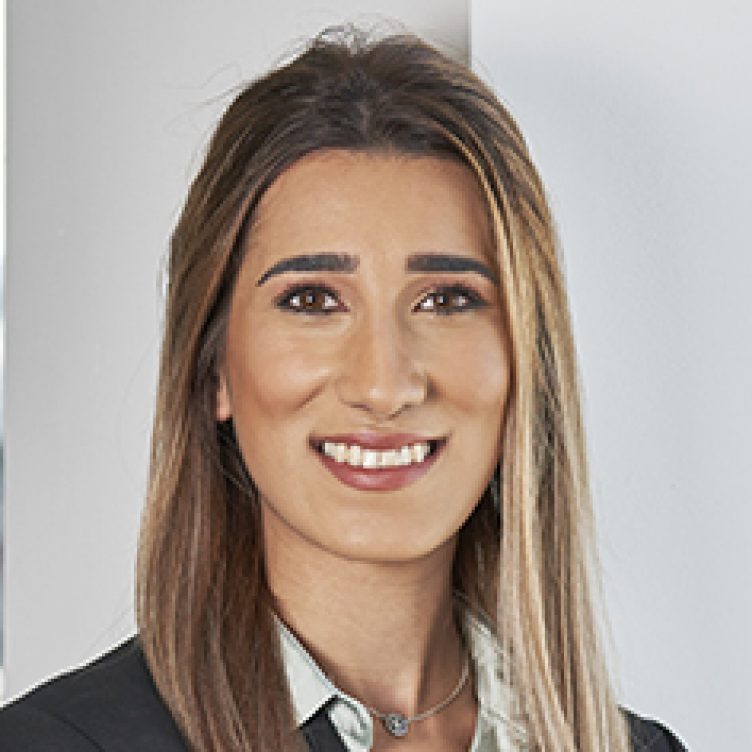