Shaun Whiter, Stewarts’ client, achieved his goal of walking down the aisle at his wedding to childhood sweetheart Charlotte in July.

Shaun was seriously injured in a hit and run accident in July 2016 which resulted in a double leg amputation. Following the accident, his ambition was to walk down the aisle at his wedding to fiancée Charlotte.

In the year following his accident, Shaun has focused heavily on his rehabilitation and physiotherapy, and is now walking on his new prosthetic legs with a walking stick.

Speaking to Eamonn Holmes on Good Morning Britain, Shaun talked about his goals for the future:

“The next progress is to get rid of my walking stick. I want to learn life skills, like walking down curbs and ramps. I want to do more sport, and I want to run.”

In May, Shaun was part of a team that completed a 150-mile cycling tour of Suffolk to raise money for a number of local charities, including £2,500 for East Anglia Air Ambulance, which airlifted him to hospital on the day of his accident.

Click below to see a film of Shaun and Charlotte on their wedding day. 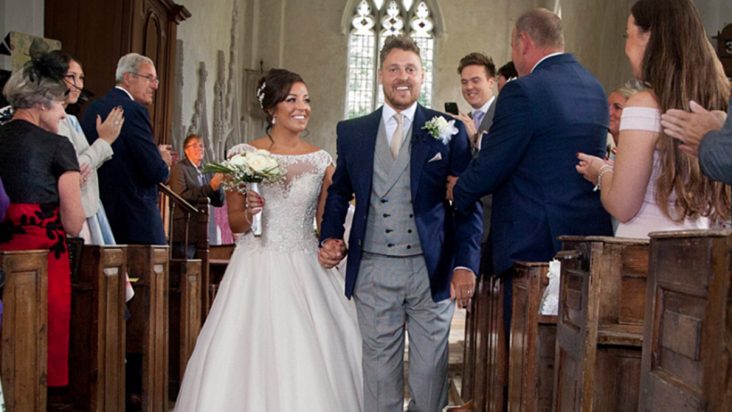 With thanks to Nick Chatten Wedding & Party Entertaiment for allowing us to feature the video.