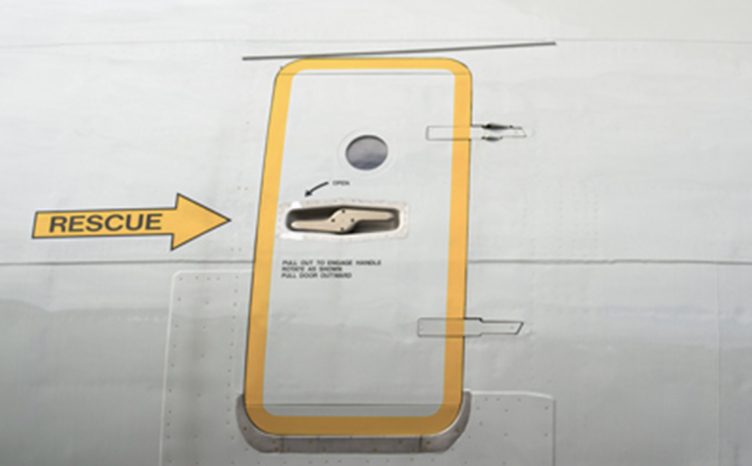 James Healy-Pratt gives a valuable insight into the potential problems practitioners might encounter when dealing with claims after aviation accidents.

As a helicopter pilot, I have often heard the humorous saying that an acceptable landing is one that everyone walks away from. However, as an aviation lawyer, the truth is that I frequently represent passengers and crew that have been seriously traumatised by enduring an emergency evacuation of an airliner.

In recent years there have been several high-profile emergency evacuation incidents. My team at Stewarts Law have represented passengers and crew from British Airways Flight 38 at Heathrow in 2008, Lot Flight 16 at Warsaw, British Airways Flight 7762 at Las Vegas in 2015 and Emirates Flight EK521 at Dubai in 2016.

These emergency evacuation cases present complex legal and technical challenges. It is also worth noting that these types of accident can frequently be seconds away from a very different and more deadly conclusion and they have fortunately not become mass disasters.

Obtaining the best legal outcome for injured passengers and crew is far from straightforward.

Treating an emergency evacuation aviation case like a road traffic accident is a certain path to a professional negligence claim. We have observed some law firms taking this approach,and either a) not understanding the matrix of international legal and technical issues, or b) not having the strategic strength to pursue claims properly in a variety of jurisdictions beyond the English courts.

The starting point is deceptively simple. What are the rights of a passenger, who sustains an injury, to make a claim against the airline involved in the accident?

For an emergency evacuation personal injury claim to exist, there needs to be an ‘accident’ and ‘bodily injury’.

Both these terms have been subject to considerable international legal dispute and interpretation in a multitude of common law and civil jurisdictions. There is also presumed fault on the airline for valid claims via a two-tier liability arrangement.

Claims with value in excess of 113,000 SDR (special drawing rights) are capable of being met by a defence by the airline that it was not negligent.

In short, this is a strict liability path subject to various limitations that are fact dependent.

Finally, there can be up to five jurisdictions where the claim may be brought against the airline – which can mean the necessary comparative analysis of procedure, as well as liability and damages substantive law, in each of those five jurisdictions. For good measure, a claim must be brought in an available jurisdiction, by the second anniversary of the accident, otherwise the claim is extinguished.

In our experience, it is quite common for a range of diagnosed PTSD-type injuries to be acquired, without any bodily injury, by passengers and crew in emergency disembarkation accidents.

Note that cabin crew and flight deck personnel are not within the Montreal Convention or related legal regimes, as they are not passengers.

In the absence of bodily injury and a claim against the airline there may be potential claims against the aircraft manufacturer, sub-component manufacturers and other potential third parties such as maintenance organisations should the official accident investigation reveal relevant causative factors.

That then raises again the issue of overseas laws in the US, EU and elsewhere, with their own relevant product liability, tort and procedural laws. This relevance of cross-border laws and jurisdictions also requires the assistance of properly qualified lawyers, with appropriate and ethically compliant fee agreements.

A standard Law Society conditional fee arrangement is simply not going to be suitable for this type of international claim. For example, there are several significant jurisdictions where costs simply do not follow the event. Often, bespoke client retainers are required to ensure fairness to the injured client as well as compliance with relevant regulatory requirements.

Any claim by a passenger against the airline has to be made within two years of the accident or the claim is extinguished. This continues to catch many lawyers out, year after year.

However, there are some US state variations from just one year to three years. Again, many non-US lawyers overlook these US time limits.

Quite often we hear of examples where a claimant legal adviser will only look to the simplest cause of action, where there is some bodily injury, against the airline in the home jurisdiction. More often than not only modest compensation is available within the county court (and equivalent) jurisdictional limits. Little or no thought is given to bringing a claim in another jurisdiction where compensation is considerably higher.

In our experience, claims in other jurisdictions can be easily five to ten times higher than claims made in England under English law. This can then give rise to some difficult conversations between injured claimants and the lawyers that have resolved their claims at a relative undervalue based on home jurisdiction legal advice and failed to consider other options.

Given that aviation is an international activity, any competent claimant lawyer should be giving thought to cross-border claims in a variety of jurisdictions. It is simply not good enough to miss the opportunity of a considerable claim in another jurisdiction, for example the US courts.

The official accident investigation itself will normally take at least one year, and often considerably longer. Hence, it cannot be relied upon to provide timely answers sought by claimant legal advisers as to the technical causative factors of the aviation accident.

This means that considerable technical expert expenditure may well be required by claimant legal advisers to undertake an independent accident investigation at the outset.

In these types of emergency evacuation cases, there can, after proper investigation, be several causes of action against several potential parties, in differing jurisdictions. Those different causes of actions all carry differing risks and benefits, and each injured client deserves a clear explanation of the potential litigation road maps available to them.

Another important matter needing proper management is that of the actual injuries sustained by the claimants. There can be several hundred claimants from one emergency evacuation, each with subtly different psychological and physical elements.

Different jurisdictions treat medical expert evidence differently. Again in the US courts it is common for witness depositions to be required for medical experts during the discovery phase of the litigation. This adds a further layer of significant cost and management to these types of claim.

Emergency evacuation aviation claims are not for the faint-hearted lawyer.

There are considerable traps for the unwary or inexperienced and there can be significant upfront and continuing expense involved in assessing fully the potential rights and damages for each injured claimant.

The good news is that these types of case are not common.

On a recent flight into London Heathrow, the captain welcomed us to London and mentioned that we had completed the statistically safest part of our journey and that we should take care making our way home. She was of course correct.