Davey sustained a spinal cord injury when he was knocked over by a car at a little under three years old. In this very special episode, Davey discusses his experience of undertaking his formative educational years at a special school in the 1980s, his transition into mainstream education, his journey through higher education (studying Computer Science and Mathematics at Trinity College, University of Cambridge) and his keen interest in drawing and painting and how this impacted upon his life and rehabilitation.

Davey’s fascinating journey led to his debut Living with Spinal Cord Injury exhibition in 2019, and coverage in a BBC documentary a year later (You can watch it here – BBC2 profile of artist Davey Jose for RA Summer Exhibition 2020 film). His 18 oil canvasses, based upon his own experience of spinal cord injury, were used as part of a virtual reality experience called, ‘The Cure’ (The short film has now been selected in the VR Film Competition at BIAF. See his film here – The Cure – A VR 360 short art film). The oil paintings are inspired by x-rays of spinal injuries and reinterpret iconic artworks to normalise disability.

Davey is an extraordinarily interesting and passionate speaker, who kindly agreed to join us to reflect upon his experience of the therapeutic power of art and creativity during a rehabilitation programme following catastrophic injury.

To view Davey’s art and find out more about him you can:

Watch the recording below 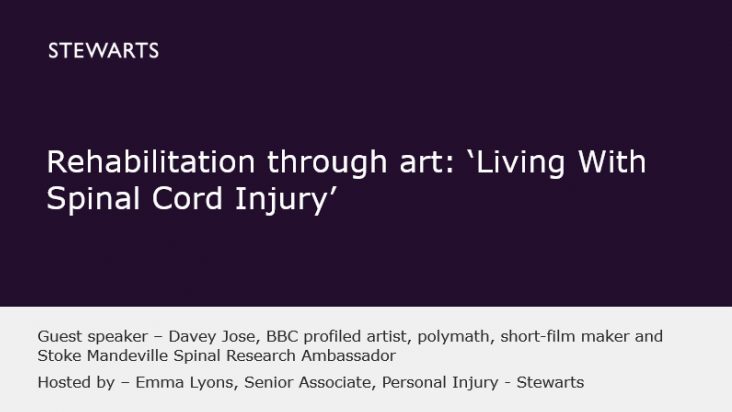 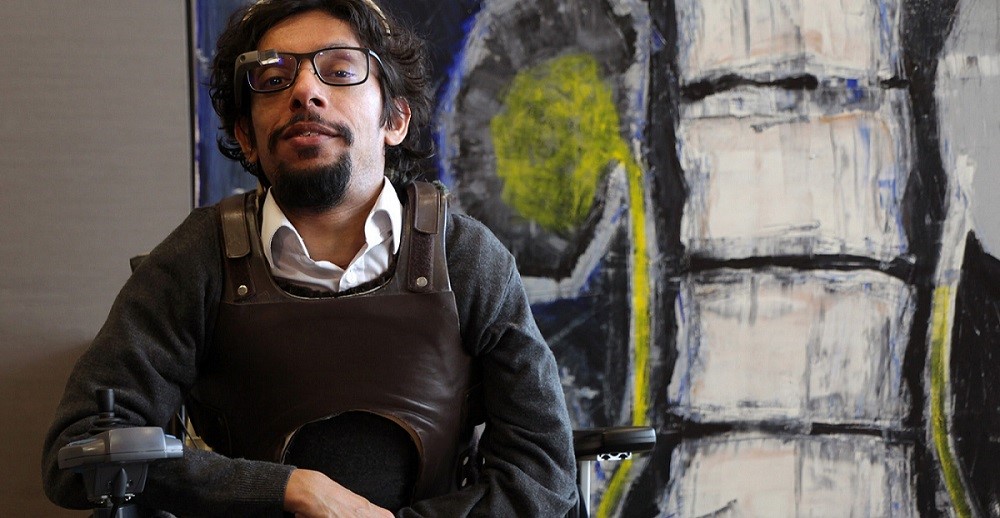 Davey is a hugely impressive artist, mathematician, technologist, inventor and short-film maker. He also maintains a full-time career in finance.

In 2019 he exhibited 18 oil paintings as part of his first solo exhibition, Living with Spinal Cord Injury. Inspired in part by Leonardo Da Vinci’s anatomical drawings, the exhibition premiered simultaneously at the National Spinal Injuries Centre at Stoke Mandeville Hospital (the spiritual birthplace of the Paralympics) and in a virtual reality setting.

To view Davey’s art and find out more about him you can:

Davey’s exhibition was filmed in Virtual Reality (VR) to allow visitors unable to see the collection in person – to be able to view them in 3-D VR on The Infinite Art Museum StreamVR store. The short film has now been selected in the VR Film Competition at BIAF. See his film here – The Cure – A VR 360 short art film.

A series of bitesize webcasts designed to deliver concise and interesting updates, conversations and presentations on a range of topics, brought to you by our specialist lawyers and featuring some special guest speakers – Find out more. 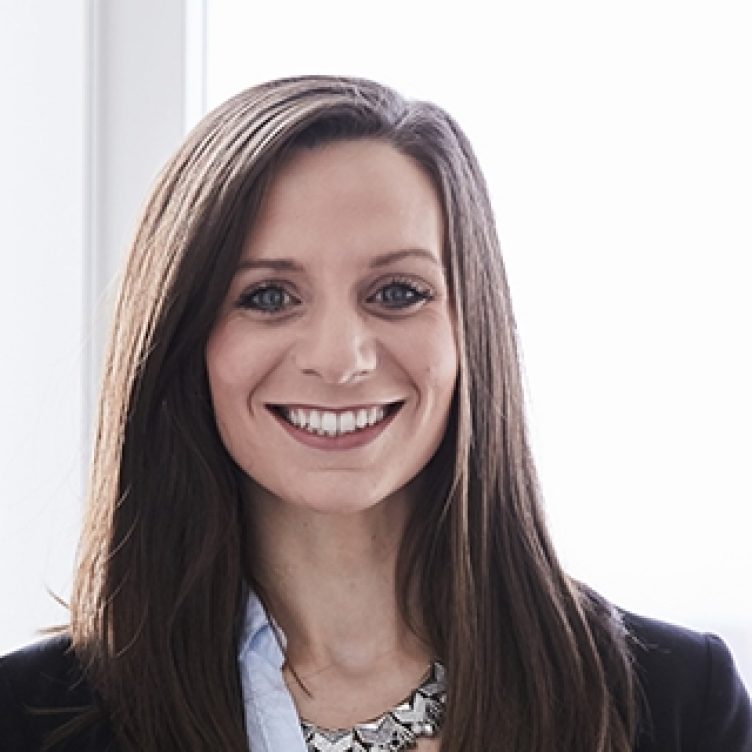 Webinar recording: The road to Paralympic success with Ben Watson

Webinar recording: The role of virtual reality in neurological rehabilitation