The success of the aviation sector is closely linked to globalisation and economic development. Consequently, it has been especially vulnerable to the upheaval of recent years, especially the Covid-19 pandemic, Russia’s invasion of Ukraine and the global energy crisis. In addition, shifting public awareness of climate-related issues and the increased focus on environment, social and governance (ESG) issues have put the emissions caused by air travel firmly in the spotlight.

Alice Glendenning and Elaina Bailes consider the effect of these factors on the aviation sector and the consequent exposure of the sector to litigation risk.

It has been reported that the global airline industry has recorded net losses of $220bn since the start of the Covid-19 pandemic. While forecast losses are significantly lower for 2022, growth has been limited geographically, with some areas rebounding more slowly (the Asia Pacific region, for example) as a result of continuing stringent travel restrictions caused by China and Hong Kong’s zero Covid policy.

That said, growth in some markets is so strong that the industry trade body, the International Air Transport Association (IATA), expects a return to pre-pandemic levels by 2023, a year earlier than predicted. The recovery in the narrow-body market has led to manufacturers such as Airbus and Boeing committing to increasing production rates for those models.

While demand is high, the industry downturn caused by the global pandemic necessitated a significant reduction in costs by aviation companies in order to survive. This included vast cuts to personnel and some suppliers shifting production to making components for other sectors. Many were unable to survive and went bust. As a result of this and the continued impact on supply routes caused by travel restrictions in certain regions, supply chains have become compressed. Those that remain active cannot meet demand, and lead times for some simple aviation components are increasing to roughly a year compared to 90 days in the past.

This is likely to lead to an ever-increasing number of insolvencies among suppliers as entities struggle to meet demand amid compressed supply chains and skilled personnel shortages. As insolvencies rise, so will the number of claims on behalf of the estates of those insolvent companies. This could involve:

Russia’s invasion of Ukraine in February 2022 and consequent sanctions and air restrictions have compounded the continued effects of the global pandemic on the aviation sector.

An immediate source of litigation risk resulting from the invasion was felt in the insurance sector when Vladimir Putin signed a new law entitling Russian airlines to retain and operate aircraft rented from foreign lessors forced to sever ties with their Russian counterparties due to sanctions. This led to losses incurred by lessors in the form of repossessed aircraft with a commercial value of between $10-$13bn, against which lessors are turning to their insurance policies in search of indemnification. This has given rise to a set of claims in a number of jurisdictions against insurers refusing to pay out, arguing their policies do not cover the circumstances that have arisen.

While the impact of economic sanctions has been felt in Russia, the effect of the sanctions and air restrictions have also been felt globally in the supply of materials and closing trade routes and airspace over Russia and Ukraine. Western dependence on Russian oil and gas is well reported, but Russia is also the largest aerospace-grade titanium supplier, supplying around 40% of the aviation industry’s titanium requirements. While titanium is not directly sanctioned, the threat to supply has led companies to look elsewhere. Boeing has announced it would no longer import Russian titanium, and Airbus recently followed suit.

It is likely the effect of the resource scarcity in the supply of oil and gas and other essential raw materials caused by Russia’s invasion of Ukraine will lead to contractual disputes over long-term supply contracts (see ‘supply chain issues’ below).

The above issues have led to a supply chain crisis across all sectors. Given the aviation industry’s heavy reliance on natural resources, skilled labour and functional global trade routes for key components and spare parts, it is likely that the compression in each of these areas will have a domino effect of contractual breaches up the supply chain.

For example, a raw material supplier could become unable to supply certain materials in sufficient quantity or with sufficient speed to component suppliers. Those suppliers will be unable to meet their contractual obligations to produce motors, hydraulic pumps and pneumatic systems, etc., to original equipment manufacturers (OEMs). Those suppliers will also be affected by increased demand amid a narrowed supply market and labour shortages, leading to further delays and contractual breaches. As a result of these delays, OEMs will be unable to meet their own contractual obligations to supply aircraft and spare parts to consumers, be they airlines or lessors. Lessors may accordingly be in breach of their own obligations to lease an aircraft by a certain date.

Such delays will lead to contractual disputes as counterparties seek to reverse out of supply contracts and sue for breach on the basis that a supplier has not fulfilled their obligations. In the circumstances of Russia’s invasion of Ukraine, suppliers, in turn, may defend such claims on the basis of frustration (that unseen events have rendered performance impossible) or force majeure (that the occurrence of certain contractually identified supervening events has temporarily suspended performance). Such disputes will turn on the provisions of the contracts themselves and will be fact dependent, such as the length of time that performance has been rendered impossible or how difficult performance has been.

The current energy crisis has its origins in a number of factors, including the rapid economic rebound following the global pandemic, weather conditions caused by the effects of climate change, delayed maintenance work as a result of the pandemic and decisions of oil and gas companies and exporting countries to reduce investments, including Russia. However, the most significant factor is Russia’s invasion of Ukraine, the consequent sanctions on Russian oil and gas, and the curtailing of Russian exports. The paucity of non-Russian gas led to the soaring gas and energy prices seen today.

The energy crisis will impact the sector across the board, including meeting the demand for components as suppliers struggle with energy costs. In particular, the soaring cost of jet fuel (in June 2022, it was 123% higher than in June 2021) caused airline shares to plummet as investors panicked. While many European carriers opt to hedge the cost of fuel, this is unusual in the US, and those carriers will be bearing the cost of extremely high prices. In the UK, it is questionable whether airlines will be able to pass additional costs on to consumers during the cost of living crisis, which could discourage consumers from returning to air travel. In the US, raising prices will be unlikely to cover losses incurred by unhedged US airlines, and capacity is likely to be cut.

Aside from affecting airlines’ bottom lines and the consequent risk of airline failure, such increased fuel costs are likely to lead to increased litigation. Where energy suppliers increase tariffs above a fixed or capped price in the contract, a carrier may assert that such a price hike amounts to a breach of a substantive contractual term. Likewise, certain carriers may be unable to bear such high fuel costs, whether agreed or not, and may default on their long-term supply contracts, leading to claims brought by those suppliers for unpaid charges. Even those airlines that have hedging products in place may suffer if not hedged appropriately and may bring claims against advisors for recommending inadequate products.

While the full impact of the UK’s departure from the EU on the aviation sector may still be unclear, leading figures in the airline industry consider that Brexit has fundamentally disadvantaged UK airlines vis-a-vis its EU counterparts. In addition, continuing disagreement over issues such as the Northern Ireland Protocol is worsening concerns over skills shortages, supply chain disruptions and access to export markets.

While the global pandemic pushed environmental issues to one side as the industry focused on business survival, it also afforded an opportunity to recommence operations with more focused sustainability goals. Many airlines have brought into the net zero pledge in line with the IATA resolution for the global industry to achieve net zero carbon emissions by 2050, aligning with goals set by the Paris Agreement. COP26 in Glasgow also encouraged corporations, investors and regulators to bring about climate-related change. This has led to the following:

However, the ESG regulatory landscape and public opinion on acceptable standards of corporate behaviour are fast-moving, and it is difficult for businesses to ensure their activities keep pace.

This increased climate focus will naturally lead to litigation, both as a result of failure to engage proactively on climate-related goals and the potential for covering the same up with claims of environmentalism, namely ‘greenwashing’. The environmental non-governmental organisation Client Earth filed the first aviation-related greenwashing lawsuit against KLM airlines last year, under which it is claimed that KLM’s campaign offering the sale of carbon offsets for customers to reduce the impact of their flight is misleading and violates European consumer law. The aviation sector remains particularly exposed to greenwashing litigation risk given that it is an emissions-heavy industry and consumer-focused, making it of particular interest to activist climate litigation groups.

The aviation industry has faced great turbulence in the past few years. While recovery is on the horizon, it is threatened by the above risks on all sides. Businesses looking to minimise their risk of being drawn into litigation should keep on top of developments in ESG regulations, sanctions and export controls, consider what parts of their supply chain are particularly vulnerable and seek legal advice on how their commercial contracts may be affected.

Businesses should also review insurance policies to ensure they provide the correct coverage for the post-Covid, geopolitically unstable world. Should parties find themselves threatened by counterparties with disputes, taking early legal advice on how to preserve their legal rights and avoid breaches of contract is crucial. 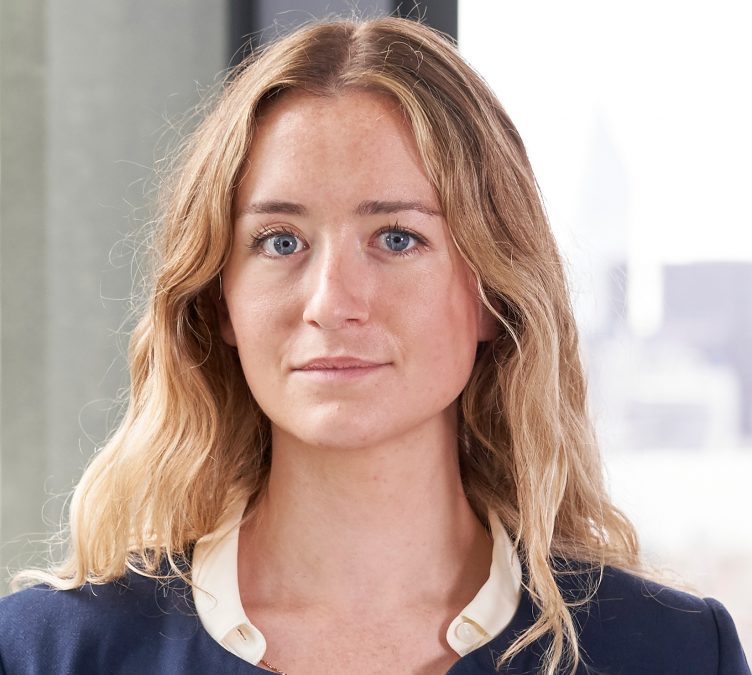