Webinar recording: Effective dispute resolution in the virtual world – What did attendees at our recent webinar think about the issues discussed?

Stewarts and Lexology hosted a webinar on 24 March 2021 that looked back over 2020 and explored the lessons learned about conducting dispute resolution effectively in a virtual world. During the webinar, the audience was polled on its views. This article reveals the results of those polls, which makes for some illuminating reading.

It is safe to say that virtual hearings have dominated the dialogue about virtual dispute resolution. But 2020 also saw plenty of disputes proceeding through the various steps prior to a virtual hearing. How had remote working impacted those steps, if at all? This question, and others, were the focus of a webinar tasked with taking stock of the year just passed and analysing what lessons, if any, could be learned for future best practice.

In an interactive and engaging session, the audience’s opinion was sought on a range of questions similar to those the panel of Philippa Charles, Daniel Wilmot and John Sturrock QC had grappled with drawing upon their experiences of acting as arbitrator, counsel and mediator, respectively. With the audience hailing from around the world and different disciplines (some private practice lawyers, others in house counsel or business persons), the polls helpfully captured a diverse cross-section of stakeholders within dispute resolution.

A recording of the full webinar is accessible here. Registration required. 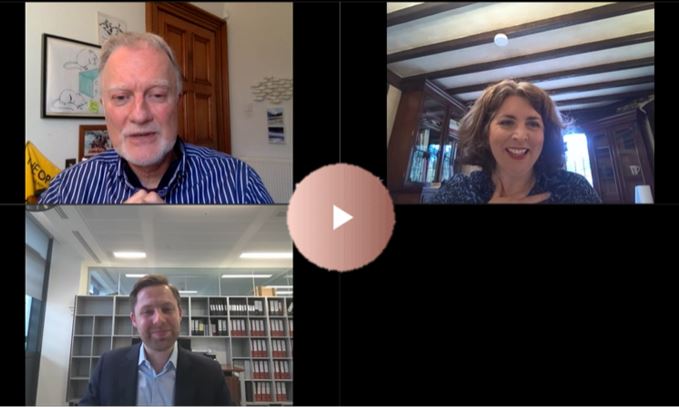 One of the more obvious trends in 2020 was the use of technology to support remote working. In some cases, new technologies were deployed. In others, existing technologies were being used differently to meet the needs of the remote worker. With UK-based law firms reportedly increasing their capital expenditure on technology during 2020 and being set to continue to do so into the foreseeable future, Dan Wilmot was keen to explore the audience’s experience so far during the pandemic. How had technology-use evolved in their businesses?

One of the lesser discussed consequences of remote working and increased technology use in the context of dispute resolution is the corresponding increase in the creation of data. This, Dan Wilmot explained, had implications for disclosure, privilege and data management. It also generated increased risks around data security and data protection. Taken together, these issues required businesses to be even more alive to the risks, and the lesson was for proactive steps to be taken to ensure that updated policies and protocols were in place. This was particularly important given the perceived practice of parties not giving sufficient attention to data security and data protection issues during dispute resolution. This view was corroborated by the results of a poll launched by Dan Wilmot, which underlines the need for more focus in the area. 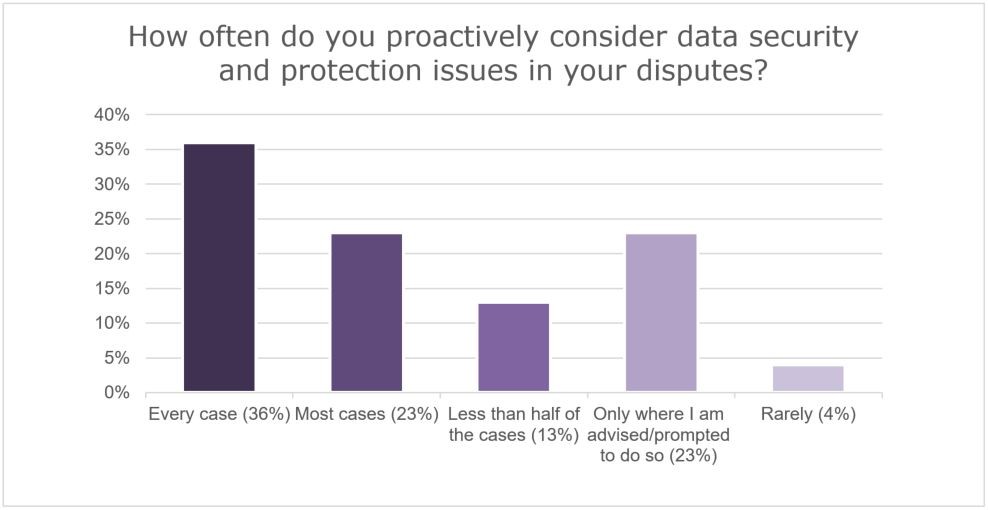 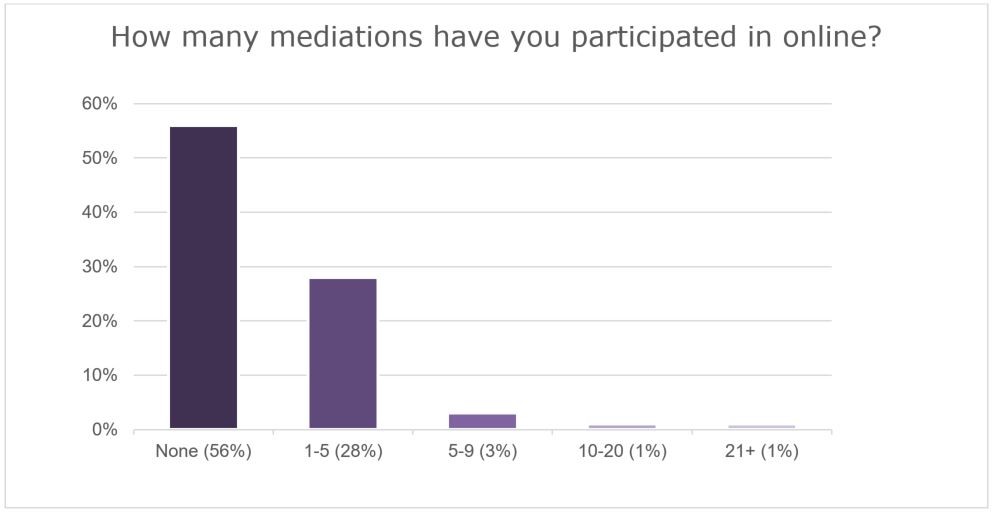 John’s experience of virtual mediation was, for the greatest part, positive. In many respects, he thought it offered a number of benefits over in-person mediation sessions. For example, virtual mediations appeared to reduce the likelihood of participants engaging in obstructive behaviour. It helps to moderate some of the passions that acted as a barrier to settlement. John’s clear view was that virtual mediation was here to stay, even once Covid-related restrictions subsided. He was keen to see if his engaging account of his experiences had convinced the audience to embrace virtual mediation. The results were emphatic.

While much has been said already about virtual hearings, the impact of Covid upon the conduct of hearings could not be ignored during the webinar. However, unlike much of the commentary to date, Philippa Charles approached the subject from her experience of sitting as an arbitrator in virtual hearings during 2020. What things had counsel teams done well? What approaches resonated with those tasked with deciding the case? Did witness cross-examination over video impact the ability to determine the facts and assess credibility?

The use of Zoom and similar platforms was ingrained in the fabric of 2020, as much of the world was forced to adapt to working from home. Dispute resolution was no different. The initial trend was that hearings were being suspended or delayed by the parties in the hope that with time, restrictions would lessen and an in-person hearing could resume. However, as time wore on, the trend appeared to shift into most parties accepting that a virtual hearing was likely necessary so as to avoid lengthy delays to the dispute resolution process. This fact appears to have been corroborated by the audience, although a not-insignificant proportion of the pollsters had not experienced a virtual hearing over the previous 12 months. 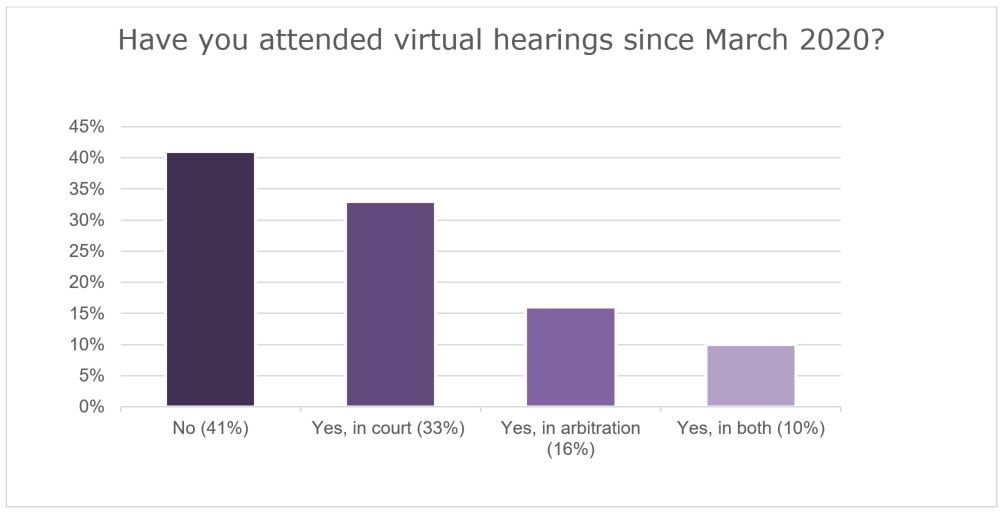 Crystal ball gazing: what does the future hold?

With their experiences over the past 12 months firmly in mind, Philippa challenged Dan and John to predict whether virtual hearings would remain a part of the dispute resolution picture, even after restrictions meant they were no longer strictly required. There was a consensus from the panellists that it would depend on the case and circumstance and a general recognition that virtual hearings were unlikely to become the norm across the board. For example, the ‘touch’ factor of meeting in person and the ability for disputing parties to have corridor discussions were important aspects that a virtual setting could never easily replicate. However, it was equally agreed that the benefits of virtual hearings might apply more readily to types of hearing, for example, to preliminary meetings and all-party meetings, and even possibly to case management and interlocutory hearings during the dispute resolution process.

These perspectives were broadly reflected within the audience’s predictions of the future. 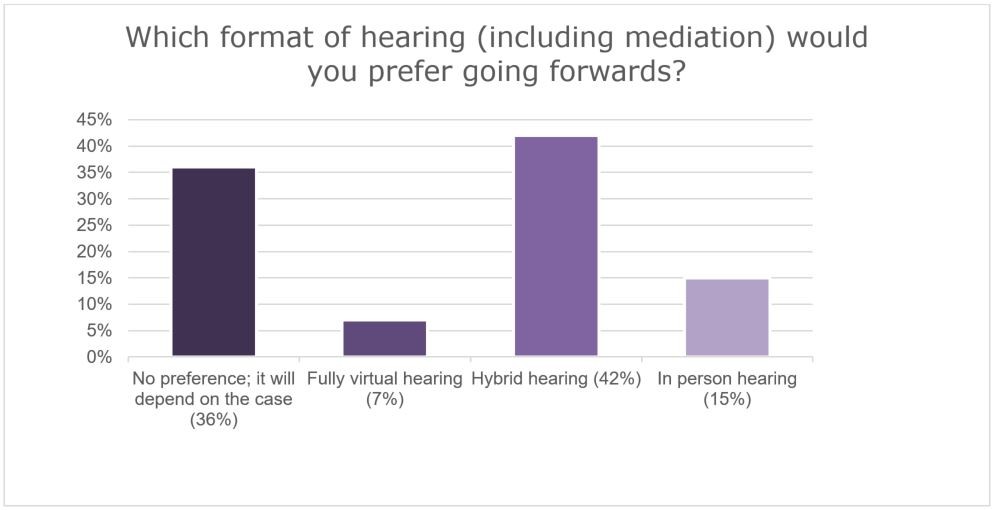 In many ways, the virtual experience has been impacted by the type of dispute resolution method (eg, litigation or arbitration) and the forum and country in which it had proceeded. For example, the English courts had been quick to resort to virtual hearings to avoid a logjam of cases. Experiences had largely been positive, including Stewarts’ successful representation of the National Bank of Kazakhstan in the first fully virtual trial held in the English Commercial Court. However, other domestic court systems had been slower to shift (if at all) to remote hearings. This had raised the prospect of parties choosing to arbitrate their disputes over litigation in order to allow their cases to proceed.

The panellists were keen to gauge the extent to which such experiences had influenced the audience’s preferences as to methods of dispute resolution. Perhaps driven by the experiences of those in countries where domestic court systems had been slow to adapt to Covid-19 restrictions, the results painted a clear push away from litigation where a preference was held. With arbitration selected as the greatest victor from that shift, it would appear that the pandemic may have increased the preference for dispute resolution methods typically admired for having increased flexibility to better circumnavigate the sorts of issues seen in 2020.

Whether that trend continues to play out will be one to keep an eye on. 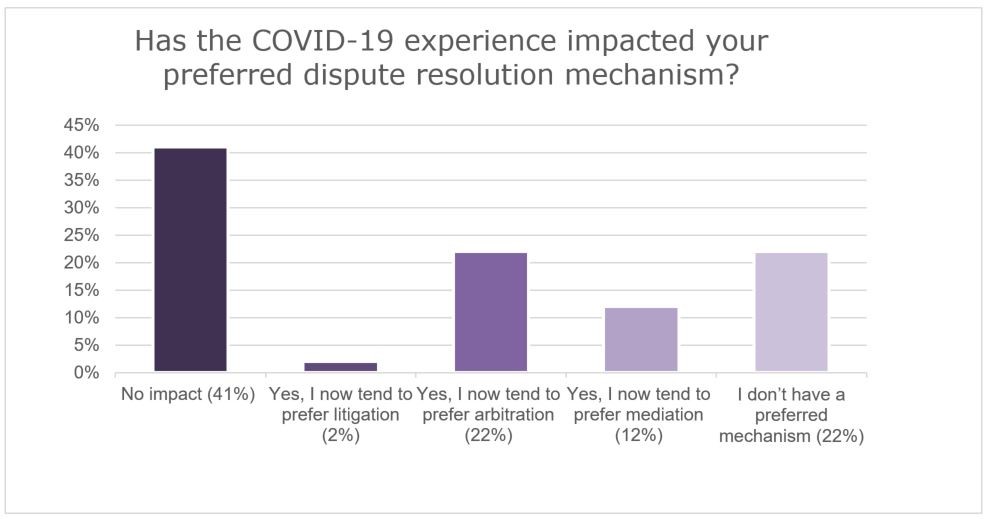 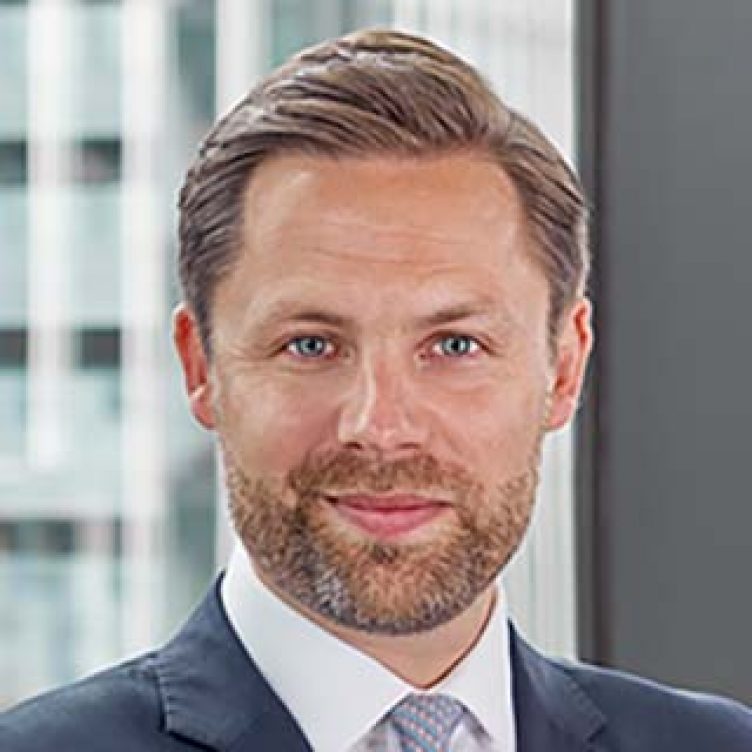 Webinar recording: Virtual arbitration hearings – do they work, and what is best practice?