Webinar recording: how businesses can prepare for and manage third party insolvency risks

With economic uncertainty having unexpected impacts, and Covid support measures now being rolled back, the UK is poised for a spike in corporate failures. In a webinar for Lexology, Stewarts’ insolvency experts considered how businesses can limit the impact of these failures, and outlined the special powers of administrators or liquidators in the case of fraud losses.

Head of Insolvency and Asset Recovery Alex Jay and fellow partner Tim Symes led the session on 2 November 2021 titled ‘Don’t let them drag you down: Fighting your corner when insolvency strikes’.

Following a short introduction, Alex began the session by providing tips on how to identify potential third party insolvency risks early, in respect of both customers and suppliers. In lieu of an outsourced monitoring process, businesses can look for red flags that might indicate a customer at risk of insolvency or more short-term financial problems, including:

Alex noted that suppliers are harder to monitor in more detail. Disruption in supply is an obvious problem, but by the time this has been noted it can often be too late to prevent an imminent insolvency situation. Changes in senior leadership, key staff or premises can all be explained in many situations, but could also represent early warning signs that something may be amiss.

Tim explained recent legislation introduced as part of the government’s Covid response in the UK to try and enhance the ‘rescue culture’ around insolvency processes. Part of this was a move to extend restrictions on the termination of essential supplies, which had already been in place for some time, to a much wider spread of services.

The provisions stop contracts for supply being terminated as a direct consequence of insolvency and render such contractual terms void. Suppliers should be paid prior to other creditors and have the right to terminate the supply if this is not upheld. Tim described other limits to the effect of this legislation, and noted that a company can make an application to the court arguing that continuing to supply would cause the company hardship.

Highlighting the importance of understanding insolvency proceedings, Tim noted the differences between liquidation (a terminal process) and administration (a rescue operation). Both have the interests of creditors at heart and are designed to organise an orderly wind down and sale of assets over the course of months or even years. It is essential for companies to put their debt claims in correctly, to avoid push back by the insolvency office holder.

A creditors’ committee can be established to help the office holder carry out their duties. Responsibilities of the committee include deciding on whether the company go into liquidation or not, and engaging with the office holder to ensure actions are carried out with the best value for money in mind.

Tim raised clear routes to challenging an office holder. This can be done on the basis of unfair harm or serious misfeasance, though the latter is very rare. The committee can raise a complaint that the office holder is acting in a way that is unfairly affecting creditors’ interests. In most cases the court won’t interfere with commercial decisions made by an administrator, but some cases do succeed and creditors are entitled to check the conduct of office holders.

Turning to companies’ methods of dealing with insolvency situations, Alex outlined two new moratoriums that can be used by individuals or companies respectively. Individuals can seek a moratorium preventing creditors enforcing payment for up to 60 days, with some terms and conditions attached. Companies can use a moratorium that keeps them from entering into a formal insolvency process, which can last for a maximum of 40 business days without creditor consent, provided the company swears it is unable to pay its debts and an insolvency practitioner agrees that the business can be rescued within that time period.

Another new mechanism is a restructuring plan introduced by the Corporate Insolvency and Governance Act 2020 (CIGA), similar to a scheme of arrangement. Schemes of arrangement allow a company to restructure its debts, but require 75% of creditors in each ‘class’ to approve the plan. The new CIGA restructuring plan also puts creditors into classes, but if there is a dissenting class they can be ‘crammed down’ and forced to accept a restructuring plan being proposed. The court will consider whether the class objecting has a genuine economic interest in doing so, in determining whether to approve a ‘cram down’, and this could be an area for challenge.

Alex recommended that companies which encounter any of these new mechanisms should take a close look at what is involved and seek advice at an early stage.

A challenge can brought to a CVA on the grounds of unfair prejudice or material irregularity. Unfair prejudice can be argued if the CVA affects one set of creditors in a more substantial way than others. If there has been a defect in the lead up to the proposal, such as a voting irregularity during its formation, a case of material irregularity can be brought. If either is upheld, the court can overturn a CVA or make other orders to balance out the terms. Tim gave the example of New Look landlords’ CVA challenge as evidence of how difficult it can be to overturn an arrangement.

In the final section of the webinar, Alex emphasised the effectiveness of initiating insolvency, including as a corporate governance tool. When an insolvency practitioner is appointed to review corporate or personal business affairs they can enforce provision of information from any party and even overturn certain types of transactions. Companies put into insolvency have in the past had assets removed or been penalised for entering into illegitimate transactions.

Insolvency can be invoked quickly even by an unsecured creditor, and once the process has been initiated a creditor has no obligation to pay to have it continued. Alex pointed out that while these are effective tools for a company to wield against others, the same process could be turned against them. Any business that goes into insolvency risks a practitioner assessing their activities.

Tim explained that company directors have to act in accordance with the power that a company gives them, and they can fall foul of this duty if they abuse their position. Directors also have a duty to act in a company’s best interests. This normally refers to the best interest of the members, but if a company goes into insolvency then the duty shifts to the interests of the creditors. Directors are often shareholders themselves, so can come unstuck in such cases.

The charge most frequently brought against company directors is failure to follow the duty to exercise reasonable care, skill and diligence. This is measured against both the director’s actual competence and the competence of a hypothetical director in their position, and if they fall below this they will be found in breach. The court can make any order for the director to compensate the company if they are in breach, but if the director is able to demonstrate they acted honestly and reasonably they will not be liable to repay money. This is a high threshold to meet, and a successful defence on this ground is rare.

Alex concluded that the common thread for all of these processes is the importance of acting early and being prepared for any possible eventualities. 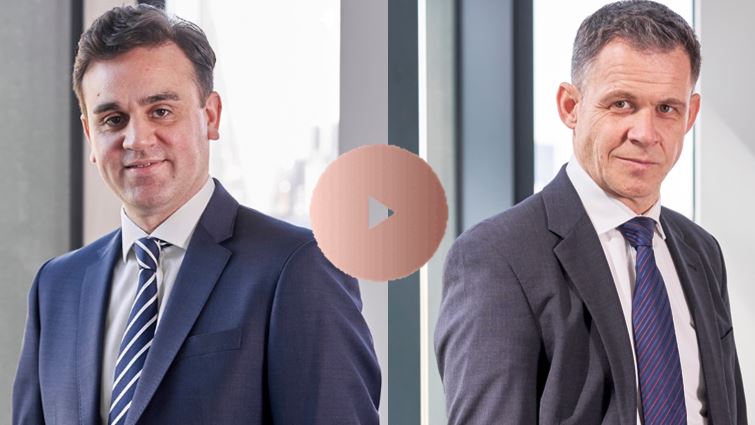 If you require assistance from our team, please contact us .

Day 22 – Winding up petitions return with a vengeance

Expect a surge in investor frauds and insolvency post-Covid