LGBT+ History Month is an annual month-long observance of lesbian, gay, bisexual and trans history, and the history of the gay rights and related civil rights movements. In the UK, this has been observed during the month of February since 2004, coinciding with the abolition of Section 28 of the 1988 Local Government Act (see below). Ryan Hooton, a trainee solicitor in our Personal Injury team and one of our Diversity Champions, talks about the aim of LGBT+ History Month to promote wider education on the issues members of the LGBT+ community have faced and continue to face to this day.

To be able to bring your whole self to work encourages an uninhibited, open and diverse workforce. We celebrate our LGBT+ staff and the wider community and have promoted firm-wide education throughout LGBT+ History Month. For example, during February 2020, the firm has internally circulated educational material on some of the key developments in LGBT+ history. Those developments can also be found below.

At Stewarts we recognise the importance of role-modelling and have actively profiled members of staff as part of our ‘careers story’ focus. For LGBT+ History Month, we have profiled staff who are also members of the LGBT+ community. This encourages younger members of staff who identify with the community to aspire to achieve senior positions and gives them the confidence and determination to do so.

David Savage, a partner in our Financial Crime team, gave us an insight into how he got started in law, how his career progressed to specialise in financial crime and sanctions, and how he came to work at Stewarts. He also talked about his experiences of being an LGBT+ lawyer, how this has been an important aspect that has shaped his career, and why it is important to him to work at an open and inclusive firm. Read his story here.

We have also supported the community by fundraising for the LGBT+ helpline Switchboard. Switchboard provides an information and support helpline that has been used by millions of people since their phones first rang in 1974. Switchboard aims to offer a safe and confidential space for LGBT+ individuals to discuss anything they may be struggling with including sexuality, gender identity, sexual education and emotional wellbeing. They aspire to a society where all LGBT+ people are informed and empowered. More information about the work they do can be found on their website, here. Stewarts has supported Switchboard by raising money with an appropriately-themed cupcake sale in both the London and Leeds offices. Each cupcake had been decorated with icing in the colours of the Pride or trans flags, accompanied with a small flag containing a fact on the subject of either key terminology, history or issues currently faced by the community. 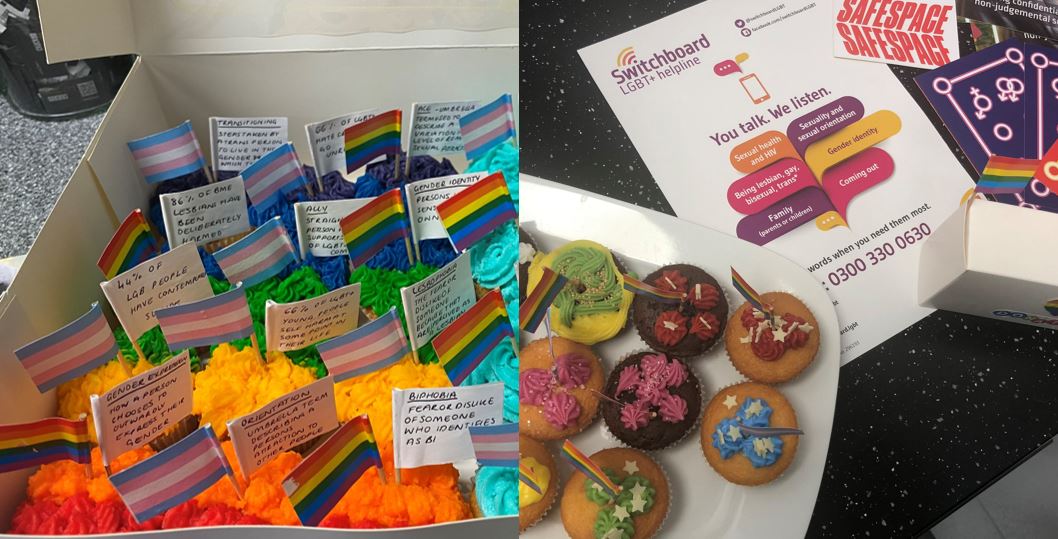 1951 – Roberta Cowell is the first known British trans woman to undergo reassignment surgery
Roberta “Betty” Cowell was the first known transwoman to undergo reassignment surgery in the UK. She was born in Croydon in 1918, forging a career as a British racing driver and fighter pilot during World War II. After the war, Cowell suffered from depression due to a combination of post-traumatic stress and increasing body discomfort.

She underwent a secret and illegal procedure to remove her testicles in order to obtain a certificate from a gynaecologist stating that she was intersex. Having this certificate permitted her to have a vaginoplasty, which was performed by Sir Harold Gillies, who is widely considered to be the father of plastic surgery. Cowell’s argument for having the surgery focused on chromosomes and genetics as opposed to the current discourse around gender identities, but was still very progressive for its time. 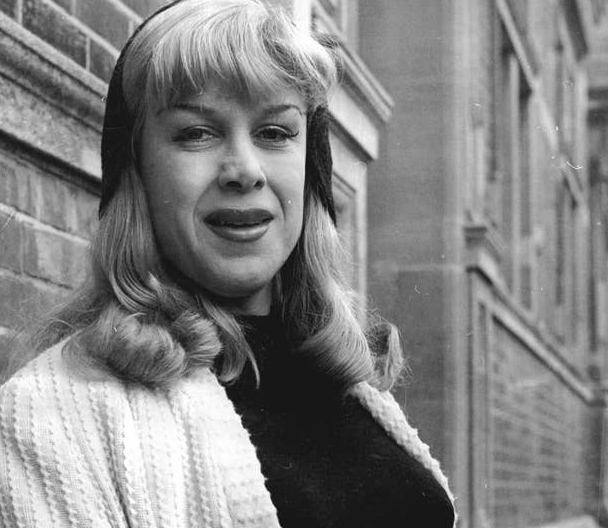 The 1967 Sexual Offences Act partially decriminalised male homosexual acts. Although a legislative milestone, this was not accompanied by concurrent social acceptance. This change was driven by the changing views of legislators concerning the relationship between society and the law, and not by societal pressure. Nevertheless, this partial decriminalisation opened the door to more radical activism.

After years of oppression from the police, members of the LGBT+ community fought back in a series of spontaneous, violent demonstrations. The epicentre of these protests was the Stonewall Inn in Manhattan. These protests are widely considered to have sparked the modern LGBT+ liberation movements and led to the first ‘Pride’ parade a year later.

Preeminent figures in these protests were lesbians and trans women of colour who galvanised the wider community and other oppressed groups, including feminists and the BAME individuals, in the ensuing civil rights movement.

1972 – the first Pride march is held in London, attracting around 2,000 participants

Modern Pride marches have become a celebration of identity and societal acceptance. Pride in London attracts almost one million people. However, the first Pride march in London, in 1972, was very different and involved 2,000 protestors seeking equal rights.

Terrance Higgins was the first of many AIDS-related deaths in the UK. His death marked the start of a long struggle against the debilitating illness. The Terrance Higgins Trust, now the UK’s leading HIV and sexual health charity and one of the largest in Europe, was formed by Terry’s partner and friends, focusing on providing home-help services, counselling and drug and sex education.

The notorious s.28 of the Local Government Act 1988 stated that local authorities “shall not intentionally promote homosexuality or publish material with the intention of promoting homosexuality” or “promote the teaching in any maintained school of the acceptability of homosexuality as a pretended family relationship”. The provision of this act ostracised young LGBT+ students, forcing them outside the schooling system for guidance on same-sex relationships.

Section 28 prompted several high-profile activist responses, including Sir Ian McKellen coming out to voice his opposition. The UK charity Stonewall was formed by a small group of people active in struggling against the provision. By 2003, this backward step for tolerance had been repealed, paving the way for the first educational LGBT+ History Month the following February. 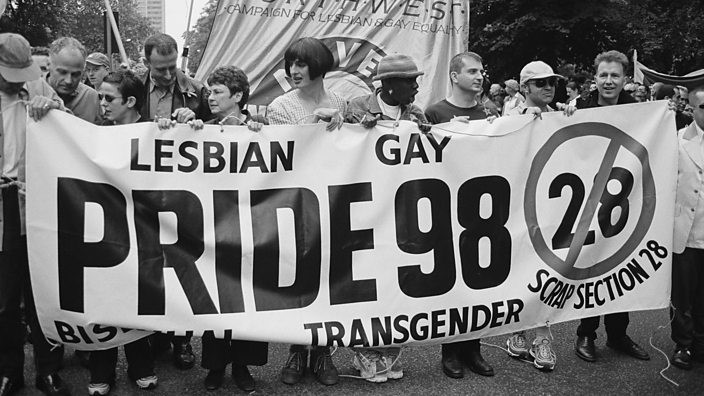 The WHO had officially considered homosexuality as a mental illness up until as late as 1990.

P v S and Cornwall County Council was the first case to determine that it was illegal to discriminate against a trans person in employment. P was dismissed from her job after informing her employer that she was undergoing sex reassignment surgery. P took her case to UK Employment Tribunal, where it was agreed that she had been dismissed because of her gender reassignment. However, the tribunal couldn’t rule that she has been discriminated against, because of a lack of sufficient legal protection in the UK. The case was taken to the European Court of Justice, who ruled in P’s favour. As a result, trans individuals who had been dismissed from employment by virtue of being trans could now claim for unfair dismissal.

On Friday 20 April 1999, David Copeland detonated a nail bomb in the Admiral Duncan, one of Soho’s most popular LGBT+ bars. The attack killed three people and wounded 70, many of whom lost eyes or limbs. The weekend following the attack marked a key turning point in the relations between members of the LGBT+ community and the Metropolitan Police when an open air meeting was held in Soho Square. The Police Commissioner committed to maintaining a regular police presence outside the Admiral Duncan, taking witness statements and evidence until the culprit was found. In addition, the police officers assisting with the investigation were all openly gay.

The Sexual Offences Act 1967 set the age of consent between men at age 21, which was lowered to 18 in 1994. It wasn’t until 2001 that gay men could legally consent at the same age as straight couples. This allowed counsellors to openly educate gay men aged 16 and above to the same standard as their straight counterparts. For example, they could advise them of the benefits of stable homosexual relationships and the risks of HIV and other STIs without fear of being persecuted for the crime of incitement to illegal sex.

2014 – same-sex marriage is legalised in the UK

The UK (including Northern Ireland as of 2020) now provides one of the highest degrees of liberty and legal protection for members of the LGBT+ community.