A trainee lawyer who sustained brain and other injuries in a head-on collision with a van has secured a settlement that has enabled him to get his life back on track.

Before his accident, Jack shot at a competitive level in long-range shooting. On the day of the accident, Jack was driving his car to a national shooting trial in Wales. Shortly after starting his journey, a van travelling in the opposite direction drifted across into Jack’s lane colliding with his car head-on.

Jack was treated for two hours at the scene of the accident by an air ambulance crew. The crew decided to intubate and put Jack into an induced coma due to the serious brain injury he had sustained. He was flown to the nearest major trauma unit and was admitted to the neuro intensive care unit. He remained on a ventilator for 72 hours.

The driver of the van was convicted of driving without due care and attention, and his insurers admitted liability for the accident.

Prior to the accident, Jack was an extremely busy individual. He had completed his law degree earlier that year and enrolled on the Legal Practice Course (LPC) and Master’s program at Anglia Ruskin University. Jack was also in the process of completing an HR course at his local college. As well as studying, Jack was a director of his own human resources company in the field of security. He was physically active and enjoyed a variety of sports, including jujitsu and training at the gym. He was also a former air cadet and was involved in training air cadets. 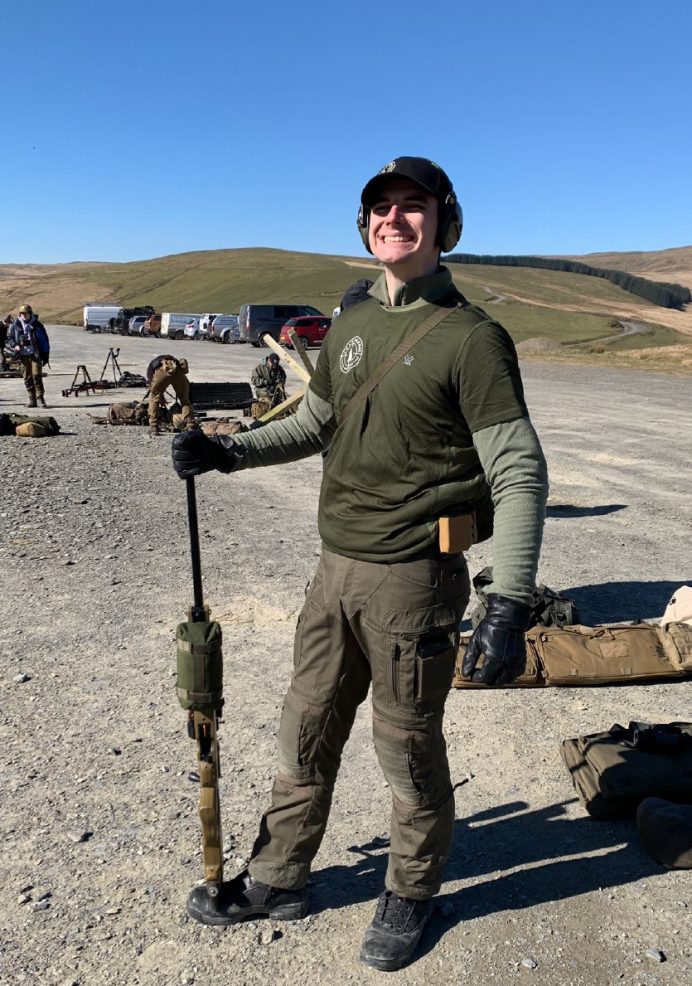 Jack sustained the following injuries in the accident:

Jack’s initial injuries and prognosis were severe, but he made a much quicker and better recovery than anticipated. So much so that he was discharged home soon after the accident. Despite a seemingly quick start to his recovery, it was still crucial that Stewarts acted quickly in securing expert opinions and rehabilitation.

Stewarts’ Pro Bono team assisted Jack in seeking a deferral of his LPC place and terminating a tenancy agreement he had initially entered into for the duration of the course.

The defendant’s insurer worked collaboratively with us on the case, which led to Jack receiving early interim funding to enable rehabilitation to be put in place.

A case manager was appointed to coordinate Jack’s rehabilitation, which was funded by an interim payment. Jack’s case manager liaised with the local brain injury service, which provided regular speech and language as well as occupational therapy sessions. Jack was referred to a private orthopaedic surgeon regarding his shoulder injury, a private speech and language therapist and a physiotherapist. Through ongoing sessions, Jack was soon able to begin a phased return to work. This gave him back some much-needed autonomy and control in his life.

Jack’s determination and drive were instrumental in pushing him to achieve personal goals in a short space of time.

After nine months, Jack accepted a settlement offer from the defendant. The damages awarded have allowed Jack to continue his rehabilitation and business enterprise. Jack is now planning to complete the Solicitors Qualifying Examination (SQE) with a regional law firm near where he lives.

“I’ll be honest, this claim has genuinely changed my life because it’s supported my career path. Rather than finding the best financial position available and worrying so much about financial decisions, mortgages and whatnot, I’m actually able to take a step back, find the best firm for me, and do it because I enjoy it.

“I think it goes without saying, quite frankly, but Stewarts has made my life genuinely so much easier. Nichola and Lizzie have assured my parents and I both during and after the claim. At the end of the day, my rehabilitation and recovery was a priority for a lot of people – and Nichola and Lizzie both did what they needed to do to ensure its ease. If we hadn’t engaged Stewarts, and hadn’t engaged Nichola, I genuinely don’t think I’d have recovered as much, let alone be working confidently, and happily.”