Our client, a 50-year-old man who is a vulnerable adult with special needs, was left paralysed after his fractured spine, sustained in a fall down some stairs in sheltered accommodation, was missed by hospital personnel over the course of nine days.

AB was born in 1960 and grew up in Bradford. He was the fifth of seven children. He had special needs and, although never definitively diagnosed, was believed to be on the autistic spectrum.

Prior to his spinal injury, AB lived independently in the community and was employed by Remploy. In around October 2010, he suffered a breakdown and received acute inpatient treatment for severe depression and anxiety. He was making a good recovery and was being supported to go back to living in the community. At the time of his injury, AB was undertaking trials of living at sheltered accommodation.

In May 2011, AB visited a sheltered accommodation for an overnight stay. That night, he fell backwards down a flight of stairs. One of the other residents telephoned for an ambulance.

When he arrived at hospital, there was a negligent failure to diagnose that he had fractured his spine at the T5 level (the T5 level of the spine controls the muscles from the upper chest, mid-back and abdominal muscles downwards).

AB had significant communication difficulties and extra care would have been required in taking a history from him.

AB was referred from A&E to the orthopaedic ward where the plan was for neurological observations to be taken. No x-ray was taken. If one had been, it would have revealed the burst fracture.

The following day, staff from the inpatient ward at the mental health hospital visited AB. They noted that AB was complaining of backache and was struggling to turn over in bed. Despite this, the orthopaedic consultant ordered that AB be mobilised.

The following day, AB was incontinent of urine and unable to weight-bear. These are signs and symptoms suggestive of a serious spinal cord injury yet the consultant did not instigate any further investigations and continued with the plan to mobilise AB.

Things continued in this ilk for a further week, with staff from the mental health hospital who visited AB and knew him well, including his consultant psychiatrist, reporting their concerns about his immobility to the ward staff. Yet no further investigations were performed. Finally, nine days after admission, an MRI scan was performed which showed a fracture at T5 level compressing the thoracic spinal cord. By this point, the damage to AB’s spinal cord was irreparable and he was deemed not suitable for surgery. He was transferred to a spinal rehabilitation centre, where he remained for approximately four months.

AB lacked capacity to litigate or to manage his own financial affairs. One of his sisters acted as his Litigation Friend.

The claim was difficult to investigate. AB’s communication difficulties were such that he could not give a statement regarding his hospital admission. The notes in the medical records were sparse but they were all the experts in the case had to go on. There were so few neurological observations taken that it was difficult to track AB’s deterioration in order to work out when his paralysis became complete. We ascertained that after the second or third day post admission, although there were serious failings in AB’s care, the damage to his spinal cord had taken place by then so those failings did not affect the outcome.

In its Letter of Response during the pre-action protocol stage, the defendant made a vague admission that it was negligent not to diagnose AB’s fracture within two days of his admission and that had he been diagnosed, he would have “had a better outcome than he did”. We were not satisfied of the adequacy of this admission because it did not admit that AB would have made a full recovery had he been properly diagnosed. We issued the claim and served Particulars of Claim.

The defence made clearer admissions and we were able to enter judgment for AB stating that but for the negligent delay in diagnosing AB’s spinal injury, he would have avoided spinal cord compression and thus would have avoided neurological injury.

We then proceeded to quantify AB’s claim.

AB had a very difficult time following his injury. He was discharged from the spinal rehabilitation unit to a nursing home. The nursing home did not have the staffing levels nor the specialist knowledge required to care for someone in a wheelchair with a spinal cord injury. AB’s special needs meant that he was averse to change and he struggled to cope if his routine was disrupted. AB required two carers for transfers. He would have to wait in bed until two carers were available. At times, AB’s family would visit to find him still in bed in the afternoon as two carers had not been available at the same time to get him up and dressed.

AB struggled to come to terms with his spinal injury. Mentally, he could not understand why he was unable to move his legs. He fell into a deep depression, which in turn impacted on his behaviour. He would sometimes lash out at those caring for him. He also had severe anxiety.

Physically, AB was an immensely private person and hated having carers attend to his intimate needs such as toileting and bathing. He was terrified of being hoisted for transfers and found it difficult to tolerate being dressed and undressed by strangers.

He struggled to cope with the irregularity of the routine in the nursing home and with the high turnover of staff.

AB was receiving very little by way of therapy or input in the nursing home. His room was very small with barely enough room for his wheelchair and he felt very claustrophobic. His physical condition was deteriorating as well as his mental state.

At the time that judgment was entered for AB, we secured a modest interim payment of compensation for him and introduced him to a case manager. His case manager started to introduce AB to therapists such as a physiotherapist, an occupational therapist and a psychologist. New people had to be introduced to AB very slowly.

Slowly, a package of care was set up for AB and an adapted vehicle was purchased for him. This enabled his private carers to take him out of the nursing home for trips. AB received input from a psychologist and a psychiatrist and his mood started to improve. He started to re-engage and even signed up to a photography course at a local college.

We then obtained a large interim payment for AB of £900,000 which his Litigation Friend used to purchase and adapt a house for him. He moved in a few months after his claim settled.

At the time of purchasing the house, AB’s Litigation Friend commented:

“We are just delighted to let everyone know that on Friday we exchanged contracts on AB’s house.  I saw AB this morning and told him that the house is now definitely his and he beamed from ear to ear. AB’s reaction this morning made all the worry and stress of the last few months worth it and we would like to say thank you to Anna for her support and calming influence in helping to bring things together so that we could push forward.”

AB’s claim settled for a lump sum payment and periodical payments for care and case management. His money has been paid into the Court of Protection and is managed by a professional deputy and by one of his sisters as lay deputy.

The settlement transformed his life. Prior to his injury, AB had been an accomplished chess player and was skilled in origami. His new property has a hobbies room with large windows facing the garden and, having lost interest in his hobbies for a long time, he is now regaining his interest and taking them up again. He was also an avid fan of musical theatre and his carers take him to the local theatres regularly.

AB lives independently in his own accommodation, which had been his position prior to the injury, with live-in carers whom he knows and trusts. He can access the local community, visit his sisters and their families and undertake therapy in the privacy of his own home.

At the time of settlement, AB’s sister commented:

“Please can we ask you to pass on our particular thanks to Anna. She has shown such empathy for AB’s position and has acted with high integrity throughout. We have been extremely grateful for her support especially as she has seemed to have instinctively known how we might react to particular situations and anticipated this in advance to alleviate our concerns.”

On behalf of AB, his Litigation Friend commented:

“Stewarts were really good. I really didn’t know what to expect at the outset, but they had a human and personal approach. They understood the distress of the situation for both AB and his family. I would recommend them to others. Anna was brilliant and she gained our respect.  She is very professional and very empathetic. AB was the focus of the claim, but our private lives were still going on with the usual ups and downs, and Anna was very understanding of this.

The settlement made a huge difference to AB. Relying on NHS provision to cover all his needs when the NHS is so stretched would have been a nightmare and he would have struggled. At the time we instructed Stewarts we felt alone and unsupported. Securing funding for AB through the claim gave us the peace of mind that AB would be looked after properly for the rest of his life. However, it was the last thing we wanted to do. I have a lot of respect for the NHS and was so disappointed we were let down. Bringing the claim opened doors for AB and gave him access to carers, therapists and equipment that we hadn’t even realised existed. AB still struggles with coming to terms with his injury but he is doing really well compared with a few years ago. He has twenty-four hour care and has tapped into a network of support groups, not only for his injury but also his autism, and this is something he would not have been able to do without the settlement. The settlement changed everything.” 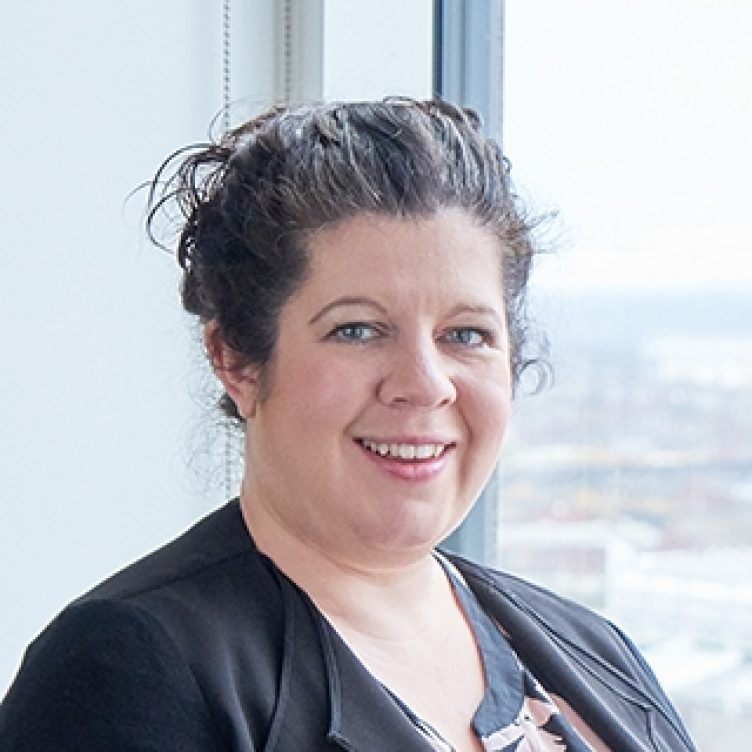 ‘Looking Ahead – the Future of Spinal Cord Injury’ – Guttmann Conference 2018