Webinar recording: Brexit, Lugano and arbitration: are there any silver linings?

Head of International Arbitration, Philippa Charles, joined a panel of speakers jointly hosted by the Chartered Institute of Arbitrators and the Law Society to consider some of the practical and legal issues raised following the UK’s departure from the EU. These included jurisdiction issues and the enforcement of judgments, and the impact on the Trade and Cooperation Agreement between the EU and UK (TCA) of the ability of arbitration lawyers to offer their services to clients in EU Member States.

The UK has applied to join the Lugano Convention as a signatory, and the EU Commission has expressed the view that it would not be appropriate to permit it to do so. The fate of the application will, therefore, rest in the hands of the individual member states, who must approve it by a qualified majority (15 of the 27 member states) for the EU’s consent to be given.

Christopher Deacon, a partner in International Injury, recently wrote a commentary on the implications of Lugano membership (or the consequences of the UK’s application being rejected) in the context of private individuals’ matters. In this session, the speakers were primarily concerned with commercial disputes between companies.

In relation to arbitration matters, the English court has deployed the grant of anti-suit injunctive relief to preserve the rights of parties who have agreed to arbitrate their disputes in London.

Philippa’s presentation focused on the potential barriers to the use of this power with respect to cases involving Lugano member states’ courts by reference to the leading case of West Tankers. She also examined more recent authority of the Court of Justice of the European Union and the English courts, which considered whether the grant of such relief amounted to improper interference with the right of the court first seised to address the question of jurisdiction. It is possible that in a future arrangement in which the UK remains outside the Lugano Convention, the English courts would be able to take more steps to restrain proceedings brought in breach of agreements to arbitrate than was the case under the EU regime.

There was a lively discussion and many comments from the audience concerning the future relationship between the UK and the EU in relation to these matters and the impact of the TCA on the right of arbitration practitioners to provide services to clients in EU member states.

The Law Society is working to assess the impact both as a matter of law and in practice of the various reservations to the TCA made by different states. Clearly, there are potential hurdles to the provision of services cross-border under the TCA. Such hurdles may be deployed aggressively as part of a tactical strategy by opposing counsel in the EU to delay or disrupt the presentation of a party’s case. Whether or not such tactical manoeuvres are successful, they will have to be taken into account in the conduct of future cross-border proceedings.

The validity and enforceability of agreements to arbitrate and awards are, in most countries, resolved by the application of the New York Convention of 1958, which is unaffected by Brexit. Whether or not a lack of certainty about accession to the Lugano Convention will affect London’s place as a preferred seat for arbitration, the speakers all agreed that there remains confidence in the business community as to the attractiveness of English applicable law. That, coupled with the robust support of the courts for arbitration in London, should serve to maintain its standing in the future. 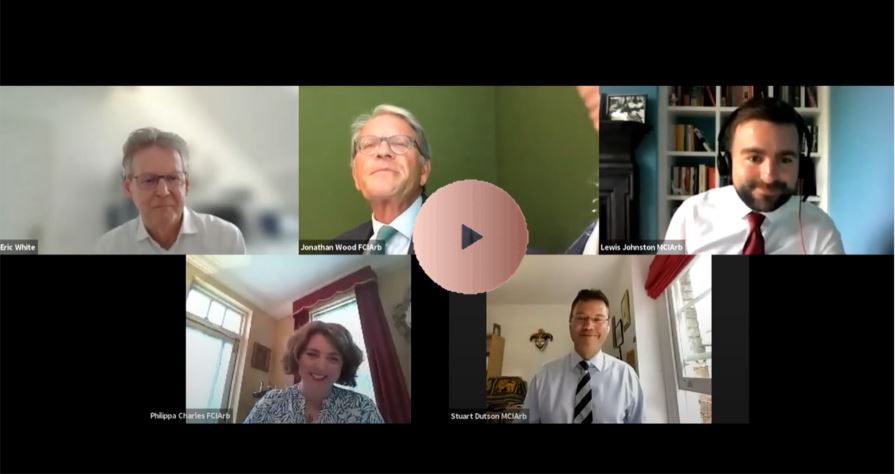 Webinar recording: Are arbitrators getting away with too much?

Webinar recording: Effective dispute resolution in the virtual world – What did attendees at our recent webinar think about the issues discussed?