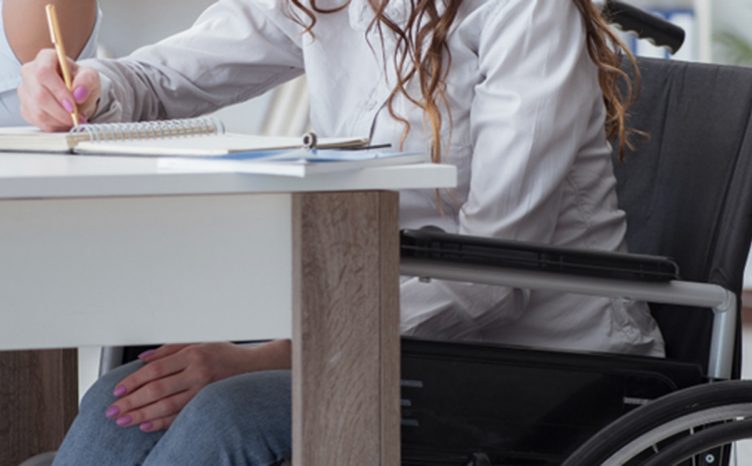 In October 2010, our client, EM, suffered a spinal cord and brain injury following complications from a misdiagnosis of meningitis. A blood test result showing the serious infection was not acted upon and she was discharged from the hospital without the urgent treatment she should have received. With extensive rehab over a period of seven years, EM has returned to some of the hobbies she enjoyed before she sustained her injuries.

At the time of her catastrophic injuries, EM was an active young woman aged 18 years old who was living with her parents and younger sister. She was studying for her A-levels at a local college and working part-time. Her plan after her A-levels was to move away from her home city and become a drama therapist. She had an excellent academic record, having obtained 12 GCSEs.

EM had a busy social schedule and would often travel around the UK to visit friends. One of her main interests was “live action role play” or LARP, a fantasy role play game. EM used to volunteer as part of a children’s LARP team and wrote stories for the children to act out. In addition, EM loved reading, particularly comic books, walking and going to gigs. She enjoyed singing with friends in carol concerts and in an acoustic trio.

After being wrongly discharged from hospital, EM remained very unwell as she was suffering from Meningococcal Meningitis. A few days later, she was readmitted from home to hospital having “coned” and lost consciousness.

EM underwent emergency neurosurgery after an ambulance transferred her to the specialist unit, which narrowly averted her death.

EM sustained significant neurological damage at the cervico-medullary junction and initially had no movement at all in her lower or upper limbs. She was conscious but unable to communicate, save for blinking.

Gradually, from EM’s discharge from hospital in July 2011 there was substantial neurological recovery.

EM had moderately severe spasticity, with muscle spasms. There were doubts, subject to further investigations, as to whether she would be able to walk short distances at any stage.

EM had frequent urinary tract infections. She had also had regular suprapubic catheter blocks and a dangerous condition called autonomic dysreflexia when that occurred.

Frank Pinch was instructed to investigate the claim and coordinate providing EM with choices about starting on gradual structured rehabilitation.

A long period of rehabilitation was needed before her long term needs could be assessed and any claim taken forward.

Despite the successful PTSD treatment, EM’s psychological state has remained variable. Anxiety, fatigue and depression impact on her daily life. She suffers reduced processing speed, with problems in working memory, and attention.

In spring 2013, the defendant accepted liability and agreed to pay full compensation and interim payments.

A bungalow in a rural location was bought for EM and adapted, funded by interim payments. The adaptions to the bungalow finally finished in 2015 as the work needed to establish EM’s long-term needs was highly complex.

A dedicated care and therapy team was chosen by EM under the guidance and coordination of a case manager.

EM was then able to complete her A-levels and begin a degree course at university.

Soon after a settlement meeting in May 2017, the parties agreed a settlement that would enable EM to finish her university studies and allow her to lead a reasonably comfortable life. The settlement has also given EM the chance to afford the necessary equipment and care regime for her present and future needs.

Since the settlement, EM has been able to enjoy holidaying in the UK with her family and she will attempt to go travelling abroad in the future.

EM says of her injuries and rehabilitation:

“Moving into the bungalow was probably the biggest positive event that happened to me during my rehab. I have a large bedroom with an en-suite bathroom and there is a second bedroom for guests/family. The third bedroom is for my carers. I have a large therapy room which has a plinth, parallel bars and an overhead ceiling-mounted hoist. I also have a standing frame.

“I used to be part of a comic book group in my city. I had to stop going as the group met in a pub that was not accessible. The group is soon moving to new and bigger premises that will be wheelchair accessible, so I hope to be able to start attending the meetings again.

“Some of my friends were in a band and wrote a song about me called Lungs, which was about my fight to get off the ventilator when I was in hospital in 2011. The hospital arranged for me to see them perform at a charity gig my sister had organised to raise money for Meningitis UK, using the spinal unit’s loan vehicle.”

“I had no legal expertise before this case and I always felt that Stewarts were right there for me. They knew so much about the situation. They would explain anything I didn’t understand clearly. They were never patronising and always willing to explain and help me to understand. I was anxious and nervous about the situation and was still in hospital coming to terms with my life changing situation when I met Frank. It was always a positive experience seeing him. I was 18 when we first met and he was never patronising and also supported my family as a whole.

“I have now been able to return to my hobbies of sewing, Dungeons & Dragons and video games. I have joined a weekly Dungeons & Dragons group in the local comic book shop recently. The settlement has helped with this too as I now have space for my equipment and to socialise.