Following any aviation accident, there will be an official investigation launched by a government body in the country where the accident happened.

Under international law, our clients, the people who lost the most in an aviation accident, are excluded from the investigation. The official investigation often takes two years to publish its report, and can sometimes take longer.

Following our landmark case of Rogers v Hoyle in the English Court of Appeal, when that official investigation does publish its accident report, we can use it as evidence in an English court.

1. Understand the causes of the accident and explain them to our clients

Air France Flight AF447 disappeared over the Atlantic on 1 June 2009. It took two years before the wreckage was found. The only data received from the aircraft before it crashed was a series of error messages that painted a cryptic picture of what had happened.

We worked with a team of Airbus training captains, decoding the error messages and running multiple scenarios in a simulator study until we found one that produced the same errors, in the same order. We created a reconstruction video of the circumstances of the accident and presented it to our clients. That was just three months after the accident. 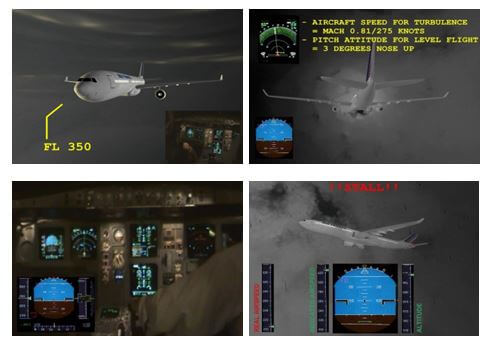 We were instructed by a pilot following a helicopter accident in 2011. The helicopter he had been piloting had rolled off a small ledge, with him in it.

It was a simple event, and he should have been able to walk away unharmed. Instead, the fuel tank ruptured, dowsing him in aviation fuel which ignited and caused him serious burns.

The official investigation focused on the errors in the landing. Our analysis enabled us to identify failings in the design of the fuel tank which were exposed during the rollover, and secure substantial compensation for the injured pilot. 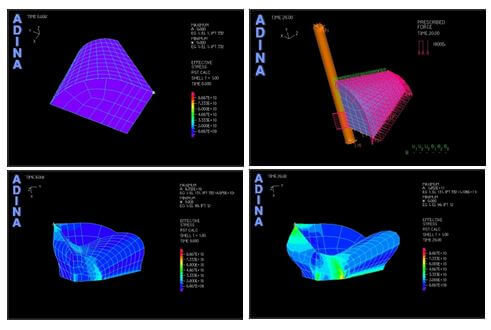 Our in-house finite element analysis on an R44 fuel cell.

On 4 November 2008, a Learjet 45 business jet crashed into the centre of Mexico City. We were instructed by several ground victims where the Learjet crashed.

The official investigation concluded that the aircraft crashed because the Learjet flew too close to an airliner ahead, hitting a ‘wake vortex’ (a swirling current of air). For the compensation for the severely burnt survivors, that meant low settlement limits under Mexican law.

We applied NASA and Boeing formulas and data to prove that the wake vortex at that time and location could not have destabilised the Learjet. Our investigation led to us successfully pursuing a claim in the US and securing substantial compensation for our injured clients. 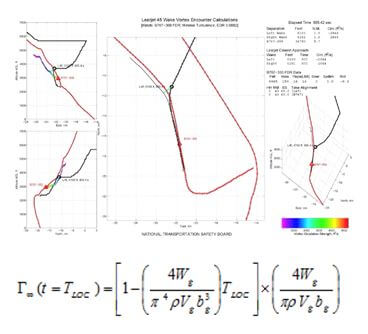 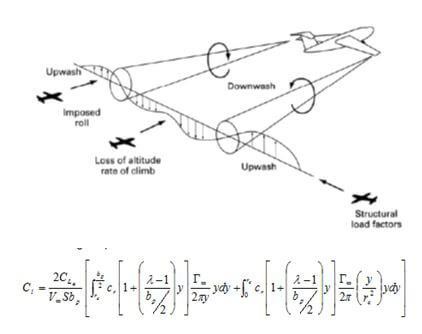 Our in-house analysis of the wake vortex using NASA/Boeing data and formulas.

Stage 2: Where should we bring the claim?  The compensation process

Stage 3: What can be done by families after an accident?  The inquest

Stage 4: What can be done by others after an accident? Criminal prosecution 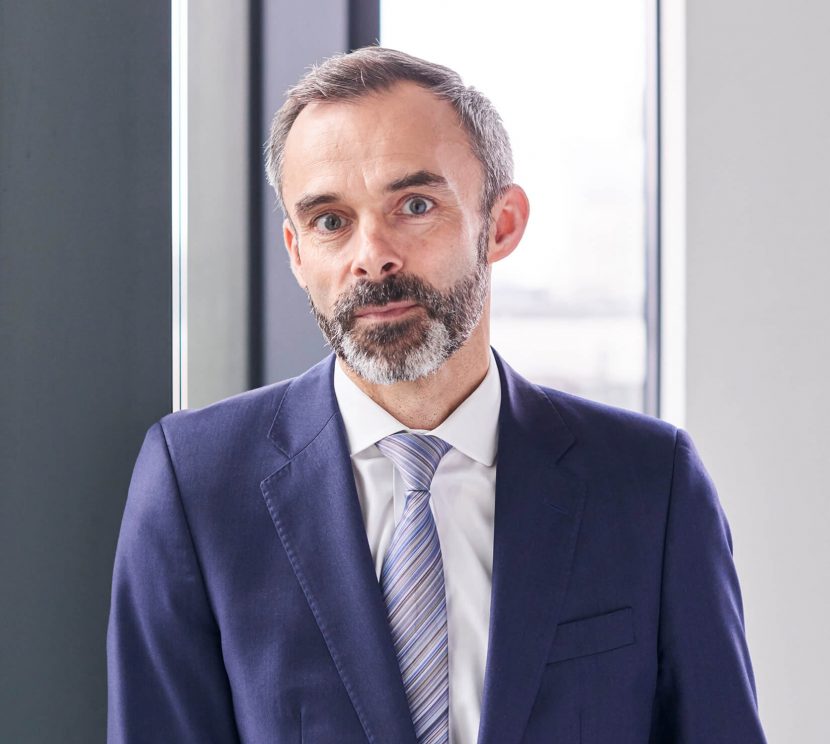